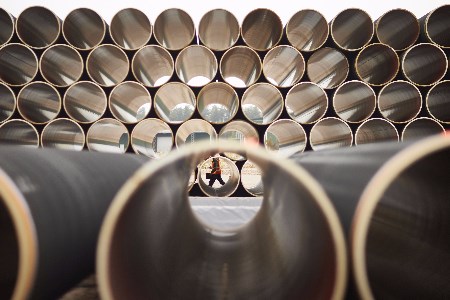 The parties discussed the ongoing co-operation between the companies, paying particular attention to the Nord Stream 2 project. It was noted that the project was implemented for the benefit of European consumers. At present, Russian gas imports to Europe continue to grow. Specifically, in the first half of 2017 Gazprom supplied Germany with 26.5 billion m3 of gas, an increase of 3.8 billion m3 (over 16.7% against the first six months of 2016. The parties stressed the importance of the timely implementation of the project.

Nord Stream 2 is the construction project for a gas pipeline with the annual capacity of 55 billion m3 from Russia to Germany across the Baltic Sea. The project is implemented by Nord Stream 2 AG, where Gazprom is the sole shareholder. On 24 April 2017, Nord Stream 2 AG, ENGIE S.A., OMV AG, Royal Dutch Shell plc, Uniper SE, and Wintershall Holding GmbH signed the financing agreements for the Nord Stream 2 project. The gas pipeline will be brought into operation before the end of 2019.

Read the article online at: https://www.worldpipelines.com/project-news/06072017/timely-implementation-of-nord-stream-2-is-important-say-gazprom-and-basf/