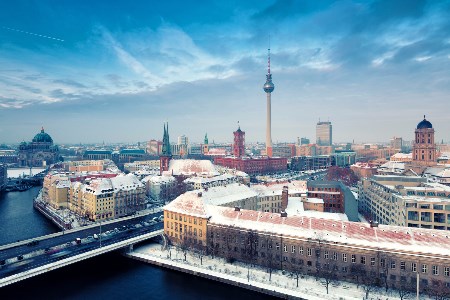 The parties addressed issues related to bilateral co-operation, focusing, among other things, on Russian gas exports to Germany. It was noted that Gazprom’s gas supplies to the German market had reached a record of 49.8 billion m3 in 2016. The upward trend in gas demand continues in early 2017. In January, gas exports grew by 23.2% versus the corresponding month of 2016. Between 1 - 15 February, gas deliveries added 37% compared to the same period of last year.

Alexey Miller and Brigitte Zypries discussed the routes for Russian gas supplies to Europe, paying particular attention to the Nord Stream 2 project. Transit-free gas deliveries across the Baltic Sea are highly sought-after by consumers. In January 2017, the operating Nord Stream gas pipeline was loaded to its maximum capacity above its design throughput.

The Nord Stream 2 gas pipeline will double the amount of Russian gas exported to the European market across the Baltic Sea, which is especially important in light of Europe’s growing demand for gas and declining indigenous production. Nord Stream 2 was noted to be a commercial project whose main advantages were reliability, feasibility, economic efficiency and environmental friendliness.

Read the article online at: https://www.worldpipelines.com/business-news/20022017/gazprom-exports-to-germany-reach-record-high/