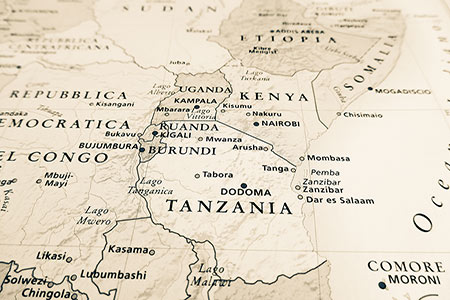 Officials from Uganda and the United Republic of Tanzania have signed a framework agreement; a significant milestone for the project that will pave the way for the construction of the pipeline. With Uganda estimating its recoverable crude reserves at 1.4 - 1.7 billion bbls, it is hoped that the proposed US$3.55 billion crude export pipeline will pump Ugandan oil to international markets by 2020.

According to the news source, a representative from Uganda’s Ministry of Energy told Reuters that “the agreement covered terms on tax incentives for the project, implementation timelines, the size of the pipeline and local content levels.”

The proposed 24 in. dia. Uganda-Tanzania pipeline is set to extend 1445 km and be heated across its length so that the crude oil it transports remains liquid enough to flow. It would extend from Uganda’s landlocked west and terminate in Tanga (Tanzania).

Uganda’s energy and mineral development minister, Irene Muloni has claimed that the pipeline project would boost trade and create over 10 000 jobs, adding that: “[the signing] signifies the beginning of a fundamental and long journey from Hoima to Tanga for the crude oil pipeline.”

Meanwhile, Reuters also reported that Total’s Adewale Fayemi has highlighted that the pipeline would “increase the flow of foreign direct investment and open a new phase of economic development in the region when completed.”

Total has been cited as stating that it is willing to contribute to the construction of the pipeline, but the company has not yet confirmed the stake it will own in the project. According to All Africa, the two governments and oil companies will have shares in a “special-purpose” company that will run the pipeline.

The front end engineering and design contract for the pipeline was awarded to Gulf Interstate Engineering in January. This work will provide exact estimates regarding the pipeline.

Read the article online at: https://www.worldpipelines.com/project-news/31052017/uganda-tanzania-crude-pipeline-agreement-inked/