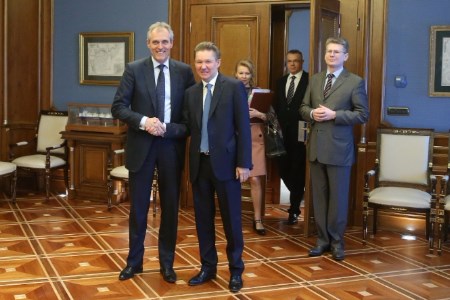 During the meeting, which was held on 20 April, the parties addressed issues relating to bilateral co-operation. It was highlighted that Austria has continued to increase its gas imports from Russia. Specifically, Gazprom’s exports to Austria between 1 - 19 April 2017, were 69.9% higher than in the same period of 2016.

The representatives of Gazprom and OMV stressed the importance of Nord Stream 2 for ensuring reliable gas supplies to European consumers. They also discussed further steps under the Basic Agreement regarding an asset swap.

Read the article online at: https://www.worldpipelines.com/business-news/24042017/gazprom-and-omv-discuss-nord-stream-2/