Enverus Intelligence Research, a part of Enverus, the leading global energy data analytics and SaaS technology company, has released a new report examining the likely responses by US oil producers, both public and private, to high oil prices and increased concerns about energy security in the wake of Russia's recent invasion of Ukraine. Included are regions that are likely to boost output and identifies the barriers and costs of adding production. 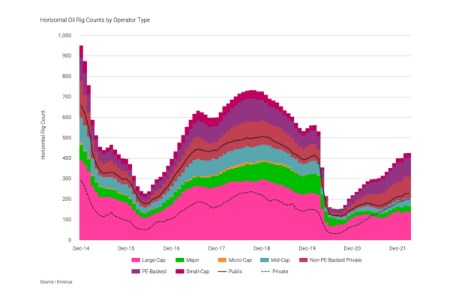 “The E&P industry can grow while remaining profitable and environmentally responsible. Private operators have been and will continue to take advantage of the outsized returns, and Enverus believe continued drilling activity increases from large US independent are likely and warranted,” said Farzin Mou, Lead Report Author and Vice President at Enverus Intelligence Research.

Jen Snyder, Co-Author, Managing Director and Head of North America Macro Intelligence Research, added, “Once operators lock in new long-term midstream and services commitments, they are handcuffed with off-balance-sheet leverage during a price downturn. The trajectory of the 2024-25 WTI strip therefore will be an important driver of operators’ 2022-23 capital commitments even if wells earn attractive returns by year-end 2023.”

Read the article online at: https://www.worldpipelines.com/special-reports/22032022/us-oil-supply-likely-to-increase/