Enverus Intelligence Research, a subsidiary of Enverus, the leading global energy data analytics and SaaS technology company, has released its latest PetroLogic report, The Perfect Storm, which assesses the impacts of Russia's invasion of Ukraine, OPEC's failure to achieve output goals and slower-than-expected supply additions in the US is having on its near-term oil outlook. 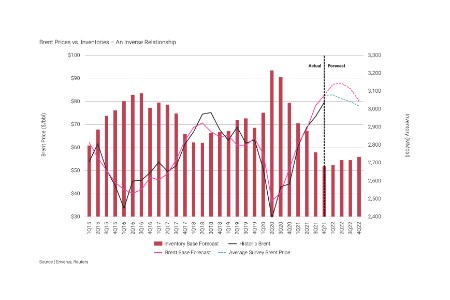 “Whether reduced by Western sanctions, by Russian limits or by the impacts of the fighting itself, we expect extreme price volatility in Brent,” said Bill Farren-Price, lead report author and director of Enverus Intelligence Research. “Ultimately, higher oil prices and weaker economic growth are not consistent with resurgent oil demand and there is a significant risk that oil markets will be considerably tighter in the coming months if Western sanctions are escalated to focus on Russian energy exports.”

Read the article online at: https://www.worldpipelines.com/special-reports/02032022/preparing-for-the-perfect-storm-extreme-oil-price-volatility-is-coming/