The Republic of the Niger’s Minister of Petroleum, Energy and Renewable Energies, H.E. Mahamane Sani Mahamadou, calls on West Africa to improve its oil and gas and mining industry value chains to drive regional socioeconomic growth. 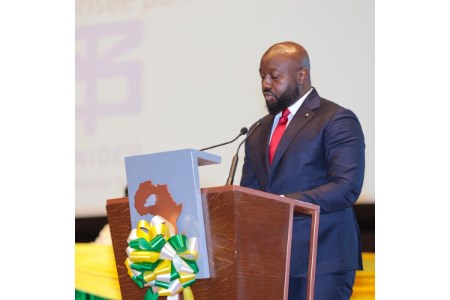 Following its signing of a Memorandum of Understanding in 2019, the Republic of Niger hosted this year’s edition of the Mining and Petroleum Forum and Exhibition (ECOMOF), demonstrating Niger’s commitment towards the continued development of oil and mineral resources within the country as well as the wider region. Under the theme, ‘Integration of Mining and Petroleum Industries in the Development of Regional Value Chains’, the forum sought to promote a sustainable contribution of Africa’s mining and oil sectors towards socioeconomic growth and development.

The Republic of the Niger’s oil and gas industry is expected to represent approximately 24% of its GDP by 2025, and with current oil reserves estimated at 3.7 billion bbl, the West African country is poised for enormous socioeconomic and industry growth. Despite the country’s vast untapped resources and enormous potential, however, the Republic of the Niger remains relatively poor in raw materials, with H.E. Mahamane Sani Mahamadou, the Republic of Niger’s Minister of Petroleum, Energy and Renewable Energies, indicating that it will only benefit from these resources once it strengthens the industry’s value chain, using these materials to develop products for export.

Speaking at the third edition of ECOMOF, the Minister established the West African country’s mining and oil sectors as a showcase of progress and development for member countries across the entire Economic Community of West African States (ECOWAS).

“The major challenge, faced with the demands of regional economic and social development, is to unblock and expand the positive impact of the exploitation of these resources,” H.E. Minister Mahamadou stated, adding, “With regards to oil, this requires, in particular, the identification and implementation of solutions along three main axes: the development of local content at a national and regional level, the transformation and use of these resources […], and the construction of cross-border infrastructures or those benefitting the sub-region.”

The Republic of the Niger produces approximately 20 000 bbl of crude oil/d, which is refined at its Soraz Facility, located approximately 900 km east of the country’s capital city of Niamey. These refined products are then exported regionally to Nigeria, Mali, and Burkina Faso.

The Minister indicated the West African country’s intention to expand its exports through various infrastructural developments, namely, the 2000 km Niger-Benin Pipeline, which is expected to deliver its first oil shipment in 2022; as well as the 4128 km Trans-Saharan Gas Pipeline Project, a planned natural gas pipeline connecting sub-Saharan markets to the EU.

Highlighting significant opportunities within the country’s oil and gas, and mining sectors, the African Energy Chamber, the voice of the African energy industry, addressed the ways in which the Government of the Republic of the Niger could attract more energy investments for investors, explorers, service companies, and engineering companies in the industry.

“Equipped with its oil and gas producing potential, high oil exploration success rates, attractive tax regime, relatively low operational cost and various energy policies already in place, Niger is fast becoming the prime example of what needs to be done to attract investment and make it benefit everyone in the country,” stated NJ Ayuk, Executive Chairman of the African Energy Chamber.

H.E. Minister Mahamadou concluded his speech by highlighting the invaluable commitment made by his Ministerial counterparts, H.E. Mohamed Arkab, Minister of Mines and Energy of the Republic of Algeria and H.E. Dr. Timipré Silva, Minister Delegate in charge of Petroleum Resources in Nigera, noting the importance of developing regional value chains, through which well-developed local content contributions will lead to the socioeconomic growth of the West African sub-region.

Read the article online at: https://www.worldpipelines.com/project-news/17022022/nigers-minister-of-petroleum-showcases-strategic-vision-to-transform-west-africa-into-regional-oil-and-gas-powerhouse/