Reuters are reporting that a federal judge in Montana this week ordered the US State Department to undertake a full environmental review of a revised route for the Keystone XL crude oil pipeline, a move that could delay the project and prove a setback for the Trump administration. 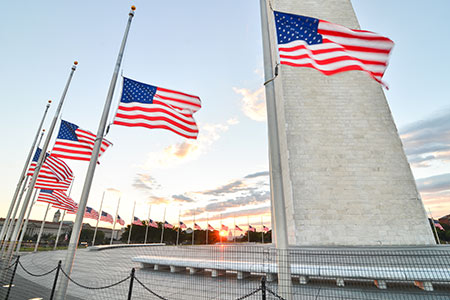 For more than a decade, environmentalists, tribal groups and ranchers have fought the US$8 billion, 1180 mile (1900 km) pipeline to carry heavy crude to Steele City in Nebraska from Canada’s oilsands in Alberta.

US District Court Judge Brian Morris ruled for the Indigenous Environmental Network and other plaintiffs, ordering the review of a revised pipeline route through Nebraska to supplement one the department carried out on the original path in 2014.

In his ruling, Morris said the State Department was obligated to “analyse new information relevant to the environmental impacts of its decision” to issue a permit for the pipeline last year.

Supporting the project are Canadian oil producers – who face price discounts over transport bottlenecks – and US oil interests and pipeline builders.

TransCanada Corp, which wants to build Keystone XL, did not immediately respond to a request for comment on the ruling. It hopes to start preliminary work in Montana in coming months and begin construction in 2Q19.

The White House did not immediately respond to a request for comment, nor did the State Department.

The ruling was “a rejection of the Trump administration’s attempt to flout the law and force Keystone XL on the American people,” said Jackie Prange, a lawyer for the Natural Resources Defense Council, an environmental group.

In 2015, then President Barack Obama, a Democrat, rejected the pipeline, saying it would add to emissions that cause climate change and would mostly benefit Canadians.

President Donald Trump, a Republican, pushed to approve the pipeline soon after he took office. A State Department official signed a so-called Presidential Permit in 2017, allowing the line to move forward.

However, Morris declined the plaintiff’s request to vacate that permit, which was based on the 2014 review.

Last year, Nebraska regulators approved an alternative route for the pipeline which will cost TransCanada millions of dollars more than the original path.

In a draft environmental assessment last month, the State Department said Keystone XL would cause no major harm to water supplies or wildlife. That review is less wide-ranging than the full environmental impact statement Morris ordered.

Read the article online at: https://www.worldpipelines.com/project-news/16082018/judge-orders-review-of-keystone-xl-pipeline/

Maersk Training UK has appointed a new managing director as the company looks to expand its offering to the North Sea energy sector.