Enbridge’s Sandpiper Pipeline project still has a long way to go. Although beginning its regulatory approval in 2012, the project has yet to be wholly approved.

The proposed US$2.6 billion pipeline will transport Bakken oil from North Dakota through Minnesota to Wisconsin. Despite North Dakota approving the pipeline, Minnesota regulators are still indecisive – possibly marred by environmental groups protesting against the project.

Although the Minnesota Public Utilities (PUC) approved the certificate of need for the Sandpiper project, in September, the Minnesota Court of Appeals overturned PUCs approval because it was done so without an Environmental Impact Statement.

Paul Eberth, Sandpiper Pipeline Project Director for Enbridge Energy, stated: “The commission set a date of 17 December to come back together and make a decision on how to move forward.”

Eberth continued to state that possible outcomes could include “an environmental impact statement and use that to inform our decision on the certificate of need and routing. Or they could go down a path where they will do a comparative environmental assessment, which is an alternative form of environmental review.”

Eberth has said that Enbridge intends to begin construction on the main pipeline in North Dakota in mid 2016. He also explained that in 2017, the construction of the Sandpiper pipeline infrastructure (in Minnesota) would be underway.

Read the article online at: https://www.worldpipelines.com/project-news/14122015/sandpiper-pipeline-project-still-pending/ 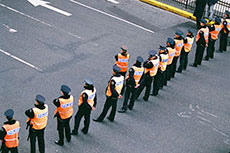 Enbridge’s Line 9 was shutdown after three protestors locked themselves to equipment at the site, stating that the pipeline must be closed.

Enbridge announces that it will make a decision in the latter part of 2016. 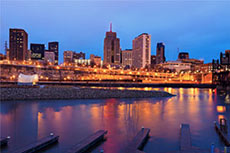 Sandpiper pipeline stalled as legal decision hangs in the balance.