A new political row has broken out over Nord Stream 2 after Angela Merkel’s government was accused of offering to spend US$1 billion (£720 million) on American gas if the US called off planned sanctions against the project, according to reports from The Telegraph. 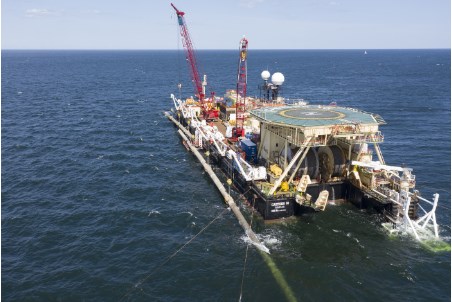 In it, Mr Scholz offered to invest US$1 billion on new infrastructure to import American LNG at German ports if the US dropped the planned sanctions.

DUH described the letter as a “scandal” and “dirty deal”, accusing Mr Scholz of encouraging the import of LNG obtained by fracking.

Two overlapping pipe ends of a pipe string have to be raised and cut on a pipelay ship before they can be welded together. © Nord Stream 2 / Axel Schmidt

Read the article online at: https://www.worldpipelines.com/project-news/11022021/germany-offered-us1-billion-if-us-dropped-sanctions-against-controversial-pipeline-the-telegraph/