EVRAZ North America fully supports approval of the Keystone XL pipeline and is disappointed in President Obama’s decision to deny the permit that would allow the pipeline project to move forward.

“As we have stated previously, the Keystone XL pipeline would benefit North America in numerous, well-documented ways, including the creation of thousands of valuable jobs and the transportation of needed energy supplies in a safe and cost-efficient manner,” said Conrad Winkler, President and CEO of EVRAZ North America. “Today’s denial despite the conclusions of the State Department’s thorough seven-year review is a setback to job creation and economic development in the United States as well as in Canada, our closest ally and trusted trade partner.”

EVRAZ North America steelworkers have made more than 550 miles of pipe for the Keystone XL pipeline, which would run from Alberta, Canada to the US Gulf Coast. It is expected to create nearly 20 000 direct construction and manufacturing jobs in the US. It will also generate an additional 40 000 indirect jobs.

“Like TransCanada, EVRAZ believes that Keystone XL is in the best interest of Americans and Canadians and we will support TransCanada’s continuing efforts toward getting the pipeline built. We will also continue to work with pipeline partners on other pipeline projects in process across North America that will increase energy security and support economic vitality.”

Read the article online at: https://www.worldpipelines.com/project-news/10112015/evraz-comments-on-kxl-decision/ 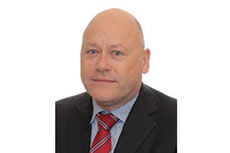 TransCanada releases a statement related to another process delay announced by the US Department of State.