Pembina Pipeline Corporation is pleased to announce that it has commissioned several key growth projects within its gas services and conventional pipeline businesses, placing approximately CAN$650 million assets into service. Additionally, Pembina is providing an update on other key growth projects ongoing across its business.

"I am proud of the work Pembina employees have done to commission such large scale energy infrastructure projects," said Mick Dilger, Pembina's President and Chief Executive Officer. "I am also very pleased to advise that a large portion of these projects were placed into service on-time and under budget. Further, and most importantly, was the exemplary safety record that was maintained across all of these projects from construction through to commissioning."

Pembina's gas services business successfully commissioned 260 million ft3/d of new processing capacity and pipeline infrastructure in Alberta and Saskatchewan for a combined capital investment of approximately CAN$320 million, which represents a 7% savings versus the original project budget.

In late August, Pembina safely commissioned its Saturn II facility – a 200 million ft3/d 'twin' of the company's existing Saturn I Facility – ahead of schedule and under budget. Saturn II is an example of recognising value achieved through leveraging an existing 'Pembina template' design, which supported the successful and safe execution of this project. Further demonstrating the benefits of the Company's integrated service offering, the natural gas liquids (LNG) volumes produced at Saturn II will also be transported on Pembina's Peace Pipeline system and will be fractionated at Pembina's Redwater facility.

Pembina's Saskatchewan Ethane Extraction plant (SEEP) was commissioned in late August. SEEP was acquired as part of the Vantage Pipeline acquisition, which closed in October of 2014. This facility has a deep cut processing capacity of 60 million ft3/d and ethane plus fractionation capabilities which supports up to approximately 4500 bpd of ethane extraction. The ethane volumes produced at SEEP will be transported under a long-term, fee-for-service agreement on Pembina's Vantage Pipeline. This project was successfully and safely completed on time and under budget.

Additionally, Pembina placed into service the gathering pipeline associated with the 100 million ft3/d Resthaven Expansion project. This project consists of a 12 in. dia., 28 km pipeline, with capacity to deliver 100 million ft3/d that will connect a customer's condensate recovery plant into Pembina's Resthaven facility. In advance of the expected in-service of the Resthaven Expansion, this newly commissioned pipeline will be able to provide additional gas volumes for Pembina's existing Resthaven facility.

Construction of the Resthaven Expansion is underway and is expected be in-service by mid 2016. Once the Resthaven Expansion is complete, the facility's gross gas processing capacity will increase to 300 million ft3/d. With the Saturn II and SEEP facilities in-service, Pembina's Gas Services capacity has increased 26%, from 1003 - 1263 million ft3/d.

At the beginning of September, Pembina commissioned the high vapour pressure or LNG portion of the Peace and Northern Phase II pipeline expansion (Phase II HVP), and expects to have the pipeline fully commissioned by the end of 2015.

In the coming months, Pembina will be commissioning a number of projects in its LNG midstream business. Early in 2016, Pembina plans to commission the twin of its existing 73 000 bpd ethane plus fractionator (RFS II). The completion of RFS II will further strengthen Pembina's position as western Canada's largest owner of fractionation capacity.

Additionally, in early 2016, a small scale de-bottlenecking initiative to modestly increase propane plus throughput capacity at Pembina's existing Redwater Fractionator is expected to be commissioned. Finally, at Pembina's Corunna site, construction and commissioning of new brine pond, storage, rail, and truck infrastructure is well under-way, the new assets are expected to be phased into service through the remainder of 2015 and early 2016.

Pembina would also like to provide an update for the regulatory process associated with the CAN$220 million expansion to pipeline infrastructure in northeast British Columbia (BC). On 26 August 2015, Pembina withdrew its application for an expedited environmental review by the BC Environmental Assessment Office (BC E.A.O). Pembina's application was withdrawn to ensure that all First Nations and public concerns are identified and fulsomely addressed.

Pembina intends to file a project application with the BC E.A.O in late 2015 and will be proceeding with preparing an environmental assessment certificate through the BC environmental assessment process, both of which will help support the project moving forward successfully. The anticipated schedule for the NEBC pxpansion project remains unchanged with an expected in-service date of Q4 2017, subject to regulatory and environmental approvals.

Read the article online at: https://www.worldpipelines.com/project-news/03092015/pembinas-new-project-assets/ 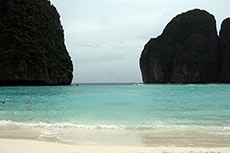 Bechtel has been selected to manage the construction of a dozen new gas pipelines in Thailand by Gulf MP. 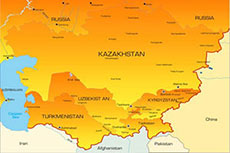 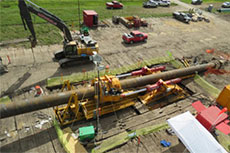 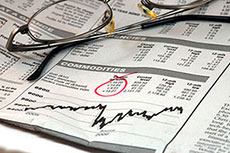