The Gazprom Management Committee took note of the information about the impacts of the events of 2017 on the long-term outlook for the global energy market. 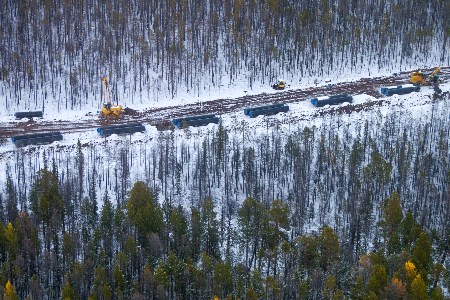 It was emphasised that 2017 marked an especially successful period in the context of Gazprom’s presence in the global energy market. Last year, the company exported a record 179.3 billion m3 of gas to Europe. The upward trend for Russian gas is still strong in 2017: as of 22 November, Gazprom delivered 170 billion m3 of gas to consumers, exceeding the amount exported in the same period of 2016 by 13.3 billion m3.

Meanwhile, Gazprom continues to create new cost-efficient routes for gas exports to Europe. One of the year’s major developments was the start of construction of the TurkStream gas pipeline, with a total of over 520 km of pipes laid along the two strings by now. Works are already underway in Turkey’s economic zone. TurkStream will contribute to the diversification of gas export routes and to Europe’s energy security.

2017 also marked a recovery in China’s gas consumption, which grew by 18% in the first three quarters of the year thanks in large part to the rise in gas-fired power generation and the environmental benefits of natural gas over coal. Another of this year’s important developments in this connection was the signing of the supplementary agreement between Gazprom and CNPC for Russian gas to be supplied to China via the Power of Siberia pipeline starting from 20 December 2019.

Attention was also paid at the meeting to renewable energy sources. It was pointed out that bad weather in the winter months of 2016 - 2017 had disrupted the operations of wind and solar power plants in Germany. In order to prevent power losses and offset the risk of blackouts, it was required to use the full capacity of all gas and coal power plants in the country, including those decommissioned or slated for decommissioning. Moreover, electricity had to be imported from the neighbouring countries to fully meet the consumer demand. That situation clearly demonstrated the technological downsides of excessively rapid integration of renewables into Germany’s energy supply system.

The main trends in the LNG market persisted in 2017, with investment activity dwindling and North American LNG flowing to Latin America and Asia-Pacific. In 10 months, only one investment decision was made with regard to building an LNG plant.

It was stressed at the meeting that 2017 had not affected the long-term outlook for the global energy market in any major way. Gazprom is expected to remain the largest and most reliable gas supplier in Europe amid the decline in the region’s indigenous gas production. The company is bound to strengthen its foothold in the promising market of Asia-Pacific as well.

The agenda item ‘The impacts of the events of 2017 on the long-term outlook for the global energy market’ will be submitted to the Gazprom Board of Directors.

Read the article online at: https://www.worldpipelines.com/business-news/27112017/2017-marks-successful-period-for-gazprom-in-the-global-energy-market/