Since the beginning of the war, DTEK has donated electricity to critical infrastructure institutions, in particular state and municipal medical institutions, military and law enforcement agencies, and bread producers. So far, they have used nearly 18 million kWh, worth around UAH 75 million (US$2.5 million), in the Kyiv, Dnipropetrovsk and Donetsk regions. 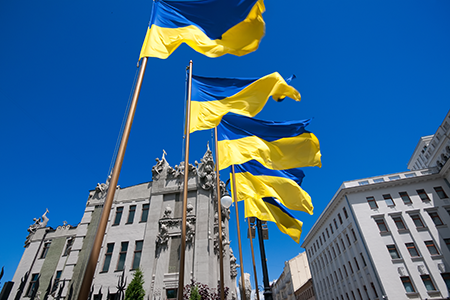 Around 150 organisations have received free electricity, including the Institute of Traumatology and Orthopedics of the National Academy of Medical Sciences of Ukraine, the Dnepropetrovsk Regional Clinical Hospital. I.I. Mechnikov, and the Kurakhovskaya City Hospital.

“Everyone in Ukraine is contributing to our victory over the aggressor: soldiers, doctors, volunteers, entrepreneurs and many more. At DTEK, we’re determined to do everything we can to ensure the stable operation of Ukraine’s energy system and critical infrastructure amid war. All our efforts are aimed at helping and supporting Ukraine and every Ukrainian. Nothing else matters right now”, said Maxim Timchenko, DTEK CEO.

Since the Russian invasion of Ukraine, the DTEK Group has allocated UAH 324 million (US$11 million) in humanitarian aid and support to the Armed Forces and the Territorial Defence Forces. The funds are designed for food kits and essential medicines for military personnel and internally displaced persons.

The SCM Group businesses, which include DTEK, and the Rinat Akhmetov Foundation, have donated almost UAH 1.4 billion (US$48 million) for humanitarian aid to civilians, including food, medicine, necessities, evacuation, shelters and so on, and support for the Armed Forces and the Territorial Defence Forces in dozens of cities. This includes providing clothing, personal protective equipment and first aid kits.

Read the article online at: https://www.worldpipelines.com/business-news/21042022/dtek-donates-uah-75-million-worth-of-electricity-to-the-military-and-hospitals/