Trey Walters, P.E., President and Founder of Applied Flow Technology (AFT), has been named a Fellow of the American Society of Mechanical Engineers (ASME). This recognition is the society's highest membership grade of distinction. Trey is one of a select number of over 3350 Fellows awarded citations out of ASME’s approximately 140 000 members. 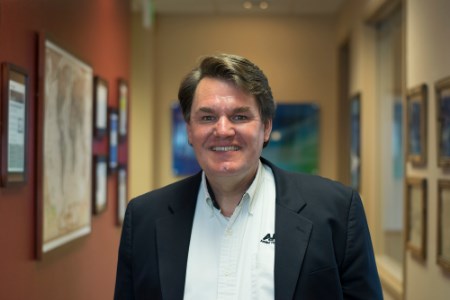 The Board of Governors of the American Society of Mechanical Engineers (ASME) confers the Fellow grade of membership on worthy candidates to recognise their outstanding engineering achievements. Nominated by their peers, ASME Fellows have 10 or more years of active practice, and at least 10 years of continuous active corporate membership in ASME.

Throughout the years, Walters has been an active member of ASME, has attended many ASME conferences and local chapter meetings, and has authored over 20 publications on diverse topics such as waterhammer, slurry modelling and pump system optimisation.

Trey’s Nominator wrote this about Trey, “Mr. Walters is a pioneer and innovator in creating and advancing the state-of-the-art for commercial fluid system engineering simulation tools. His impact has been in two primary areas: creating first-of-their-kind tools which use a graphical modelling interface and bringing previously unrelated technologies to fluid system simulation to create entirely new capabilities.”

While Walters exemplifies a majority of the nine ASME Fellow categories, he was primarily recognised for three: Design, Engineering Product Application, and Research & Development.

This recognition falls on a special year for Walters as it is also Applied Flow Technology’s 25th Anniversary as a company, and the 25th Anniversary of AFT’s flagship software tool, AFT Fathom. Trey was working as research engineer in the power industry when he conceived of a graphical pipe flow analysis software for Microsoft Windows 3.1. As a hobby, he began to work on the graphics and hydraulic solution algorithms and later started his own company to develop his concept on a commercial basis.

Throughout 25 years, AFT has worked together with some of the world’s best and brilliant engineers. The software tools Walters initially developed have continuously increased in ability and have allowed engineers around the world to design and stretch their projects beyond what they thought possible.

Read the article online at: https://www.worldpipelines.com/business-news/17052019/president-of-applied-flow-technology-named-asme-fellow/