EnCap Flatrock has announced that Gregory C. King has joined the firm as a Senior Adviser. Mr. King comes to EnCap Flatrock with more than 30 years of experience in the energy industry. From 2003 - 2007 he served as the president of Valero Energy Corporation. As Valero’s President, he helped develop and execute a strategy to build the largest independent refiner in North America. During the same period, he also served as a member of the board of directors of Valero’s midstream business, Valero, LP. Mr. King started working for Valero in 1993 and served the company in various roles before he was named president including general counsel and chief operating officer.

“Greg King is a performance-driven, insightful executive with a proven ability to achieve at the highest level,” said Bill Waldrip, EnCap Flatrock’s founder and one of the firm’s three managing partners. “Greg brings significant experience and contacts in the liquids side of our business. We are excited to bring Greg’s knowledge and team-building capabilities to what we do in midstream.”

“I’ve known and worked with EnCap Flatrock’s managing partners for many years and am excited to become part of the EnCap Flatrock team. We have a shared vision and approach to how to grow great companies by putting people and relationships first,” Mr. King said.

Mr. King is a member of the board of directors of QEP Midstream Partners, L.P.; Philadelphia Energy Solutions, LLC; and Jonah Energy, LLC. In 2008 he formed GCK Ventures, LLC, a San Antonio-based private equity firm focusing on energy investments and consulting, real estate and public equities. He remains active as the company’s principal.

Mr. King is also actively involved with a number of charitable organisations. He serves as the chairman of Focus on the Family, a national, faith-based organisation headquartered in Colorado Springs, Colorado. He also sits on the board of directors of the Alamo Area Council of the Boy Scouts of America, United Way San Antonio and the University of Houston Law Foundation.

Mr. King earned his Juris Doctorate at the University of Houston Law Centre in 1985 and practiced law as a partner at Bracewell & Giuliani LLP’s Houston office from 1985 - 1993. He received a Bacehlor of Business Administration in Finance from the University of Texas in 1982.

Read the article online at: https://www.worldpipelines.com/business-news/07052015/encap-appoints-senior-adviser/ 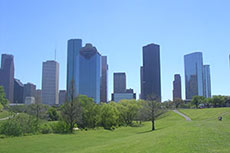 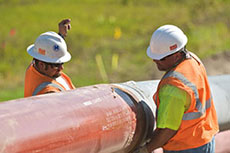