In the previous weeks, long-held policy positions fell like dominoes in Berlin. Having already blocked his country’s Nord Stream 2 pipeline from Russia, Olaf Scholz committed to two new LNG shipping terminals and a review of Germany’s anti-nuclear power policy. He is decoupling his economy from Russian gas. 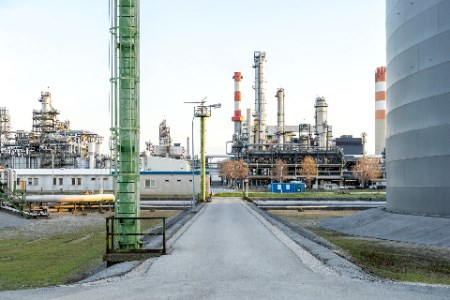 Germany is not just the EU’s power broker and largest economy. It’s also the bloc’s biggest user of Russian gas. For that reason, it has often made it harder to wrest the continent free of its Russian addiction. The EU has made the right noises in the past – the last occasion was Russia’s annexation of Crimea in 2014 – but Nord Stream 2 forged ahead regardless and Russian gas imports went up.

On 27 February, that situation appeared to have changed decisively and the EU may now be freer to pursue its dream of energy independence from Russia. This may be possible short-term and long-term, but over the next two or three winters, it looks exceptionally hard. Europe should still try, and should be supported by allies in the UK, US and far beyond. This is both a short and long-term priority that perfectly aligns security with broader policies.

As well as the Scholz speech, Germany and others softened their opposition to cutting Russia’s access to the SWIFT financial communications system. But they exempted energy, in order to maintain oil and gas flows and European ‘energy security’. It is a strange definition of security that entails sending US$350 billion/yr to the enemy at the gates.

This stubborn thread of energy interdependence is a geostrategic problem. If it can be solved by the West, then Putin will likely be made to think again. Since 2014, he has eradicated fiscal deficits and built a war chest of more than US$600 billion in currency reserves. The most recent sanctions on the Central Bank of the Russian Federation, combined with the plummeting rouble, will knock large chunks off that fund. The central bank’s capacity to perform market interventions will be limited, Russians will suffer high inflation and Putin will struggle to finance an expensive war. His oil and gas revenues are becoming increasingly important to him, so they should be slashed wherever possible.

China may help by laundering Putin’s roubles, but whether it wants to is currently a great unknown. Any help would likely come with very significant geopolitical strings attached. But it might also give Putin enough wriggle room to squeeze European gas supplies even further. When a SWIFT ban was touted in 2014, Russia’s then-Prime Minister Dmitry Medvedev said it would be an ‘act of war’.

Europe therefore has to plan for the end of Russia gas supply in the short term, whether it likes it or not. It can either do it voluntarily or risk Russia doing so as a counter-sanction, perhaps with Chinese support.

In either case, could Europe cope? A lot depends on timeframes and united political will. If Europe and its allies believe this is a true emergency, then the ‘art of the possible’ comes into play. If vaccines can be created in months having previously taken many years, one can imagine that energy systems can also be re-engineered remarkably quickly. Arguably, now is the time to show Russia – and Xi Jinping regarding Taiwan – that the liberal democratic world will move mountains when red lines are crossed.

In the short and long terms, Europe can limit its exposure to Russian gas. It’s the bit in the middle, the next two or three winters, where difficulties lie.

For the short term (i.e. this year), the immediate question has been whether the 2021-22 winter would be harsh. Unlike invaders of the past, Putin hopes for cold, wet weather so that Europeans stay in and turn up the heat. That hasn’t gone his way so far and high energy prices have added an incentive to turn thermostats down. European gas storage is currently around 29% of capacity, which is the lowest it’s been in March in a decade, but it looks like we’ll squeak through to April, when storage usually starts refilling again.

The longer term (2025 and on) will be very achievable too, especially if Germany sticks to its new course. If Germany chooses to reverse its policy against nuclear, as it should, then Europe will find it far easier to build energy security. According to Aurora Energy Research, the next few years of ambitious growth in European renewables will just be filling the hole left by nuclear and coal stations being shut down. Spain, Sweden and the Netherlands all showed massive jumps in renewable capacity since 2019, and others can do similar over the longer term. But only if Europe sticks with nuclear can these go towards replacing Russian gas.

So far, it’s all very achievable. However, the medium term of 2022 - 2024 is much, much harder. The 2022 - 2023 winter will follow two years of low gas reserves, so it will start from a low base. Domestic production is almost maxed out. A little might come from smaller European producers, and the Dutch might relax regulatory limits at their Groningen field. But British and other sources are unlikely to rise as it takes many years to commission new fields.

Fracking is a possibility, although in Britain this would spend huge political capital for not much gas. European countries might be more successful in persuading their communities. There is certainly a hypocrisy in importing shale from America while condemning it at home. Yet ramping up production before 2025 seems unlikely. Again, it comes down to the political art of the possible.

There will also be local challenges. Not all natural gas is the same – it is regulated and treated in different ways in different countries. And the European gas system is built for east-to-west transit, so reversing flows to run from Western Europe, where most LNG terminals are found, presents some challenges. But it seems manageable in a two-year timeframe under political pressure. This is made much easier by the EU’s security of gas supply regulations in 2010, which forces cross-border pipelines to be able to operate in both directions. So ‘reverse flows’ (west to east) can carry more gas, but there are still problems.

Generally, any step that moves the long-term aim of decarbonisation a bit nearer without undermining energy stability will help to resolve this immediate crisis and ensure that future Putins (or Xis) have less leverage. Natural gas is fiendishly useful, but alternatives are available. It provides stability on electricity grids, but we can and should redesign markets to incentivise flexibility providers such as sustainably sourced biomass, hydropower, batteries and hydrogen, as back-ups to massive deployment of wind and solar. Gas also provides most of our heating, but we can switch to electricity or hydrogen.

Making these moves sooner rather than later is a move towards energy security, and the process is already underway – Putin is giving us a reason to speed up.

Read the article online at: https://www.worldpipelines.com/business-news/07032022/we-should-be-preparing-for-a-russian-gas-shut-off/