With 52 years in the industry and having worked on pipeline projects in as many countries around the world, Bernard Quereillahc, now 69, is packing away his safety gear to focus on retirement opportunities.

Born in 1946 in Plaisance du Gers in the Gers department of the Midi-Pyrénées region of southwest France, Bernard first came to the industry as a student trainee at the tender age of 17 and since this early inauguration he has occupied many different positions over the years, covering most pipeline construction phases.

Completing his full time studies, he graduated in Steel Structures Engineering at the ‘Lycée Technique de Saumur’ in France in 1967 and then in Internal Combustion Engines at the ‘Ecole Industrielle de Saumur’ in 1969. He is also a Member of the ‘Confrérie des mécanciens des travaux publics’. Founded in 1901, this association brings together the Equipment Managers of major contractors with the mission, through friendly and regular meetings, to develop a spirit of solidarity and competitiveness. 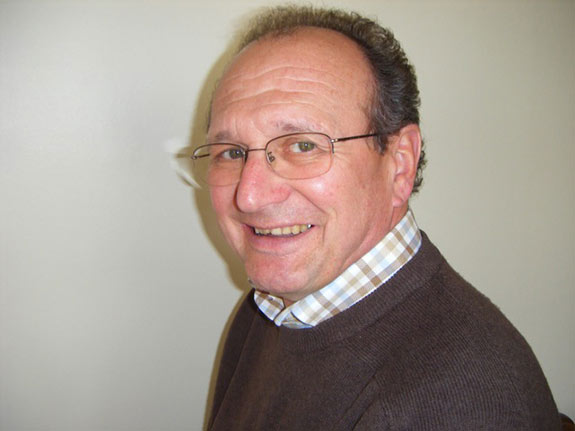 Bernard’s oil and gas career really got under way when he joined French based, global pipeline contractor, Spiecapag, with assignments in both France and Libya. With his father, Pierre, having spent 30 years with Spiecapag, you could say he was introduced to the industry when he was still in his cradle. A one year break followed whilst he met his obligation of what was then compulsory military service in France, serving as an under officer in transport and logistics.

Back in business, so to speak; 1971 - 1974 saw him serving as a Senior Field Service Technician for CRC-Evans, working on automatic welding in Canada, the USA, the Netherlands and Italy and then, in 1975, he was back with Spiecapag as Equipment Manager on a 48 in. pipeline in Basra, Iraq.

A change in direction then when he served as Technical and Commercial Manager for Somico, representing CRC-Evans in Europe and North Africa.

With more stamps in his passport, that role ended in 1987 when he went back to Spiecapag, where he remained for the next twenty years, serving, among other roles, as the company’s Logistics, Equipment and Plant Manager, with much of his time dedicated to pipelayer safety issues, which, for Bernard, is somewhat a passion. 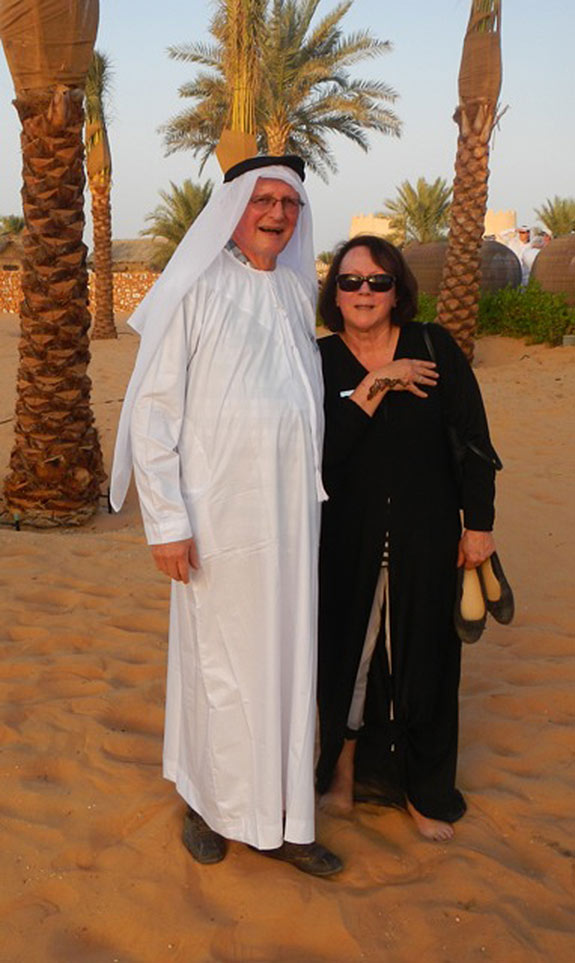 With his wife Marisa at IPLOCA’s 2014 convention in Abu Dhabi.

Well known for many years within IPLOCA, an association that has spanned 50 years, and to pipeline contractors around the world, Bernard was one of the founders of IPLOCA’s Novel Construction Initiative. The Novel mission was to stimulate innovation in the technology and processes required for the execution of onshore pipeline projects; an initiative set on engaging all contributors in the pipeline construction supply chain. IPLOCA’s wish through this Initiative was to provide leadership and direction to the pipeline industry to enable development and delivery of improved technology, equipment and supporting processes. In support of this Initiative, Bernard and has been involved in many project teams: skid-less methodology, camp and logistics, pipe bending teams and as a contributor to the book ‘The Road to Success’, the publication of which was just one important outcome of that work.

This important document, as those in the industry are well aware, provides the basic knowledge necessary to improve the delivery of a pipeline construction project; i.e. cost and schedule, while reducing the environmental footprint and achieving the desired safety objectives. It is now in its third addition, with new chapters recently added, and a wide range of companies and individuals from oil and gas investors and owners, design companies, construction contractors, suppliers and specialised subcontractors continue to collaborate in a series of technical meetings and discussions to maintain a ‘live’ document intended for wide use in the pipeline Industry. 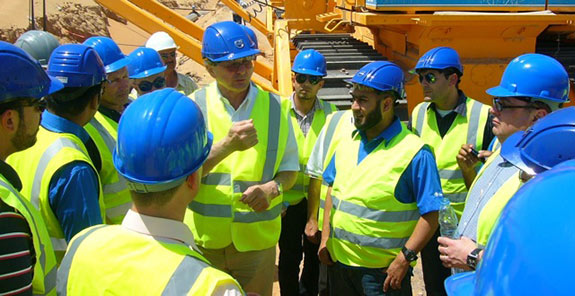 On-site training and last minute instructions to the team in the UAE. 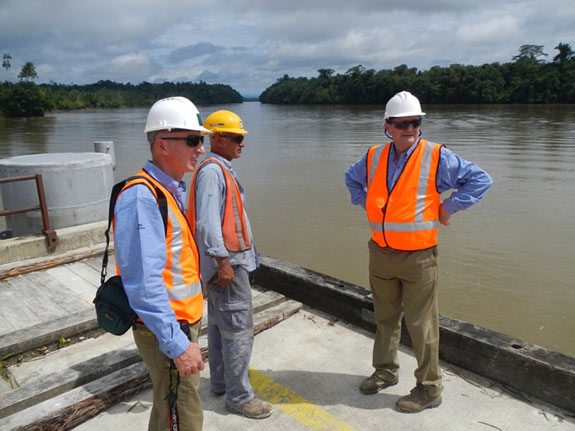 Back in Papua New Guinea, 2011…. Arrival of the first machines is imminent.

With an extensive career already behind him, it was in 2007, aged 61 – when some might already have been thinking of retirement – when Bernard elected for another career change and challenge in accepting the position of Customer Solutions Director for Oil & Gas with Volvo Construction Equipment. Volvo at that time was just embarking on its pipelayer development project, with its unique, rotating pipelayer concept. Bringing with him a wealth of knowledge and experience, he said at that time, “I believe this rotating pipelayer design is the future”. His opinion hasn’t changed.

“Bernard’s extensive knowledge of both the industry and contractors’ equipment needs were hugely beneficial in helping to launch and commercialise the Volvo rotating pipelayer concept. It is in no small way thanks to him, and the introductions he has been able to make, that Volvo pipelayers are now well known and operational in many countries across all Continents”, says Lars-Inge Larsson, Oil & Gas Solution Manager, Volvo CE. 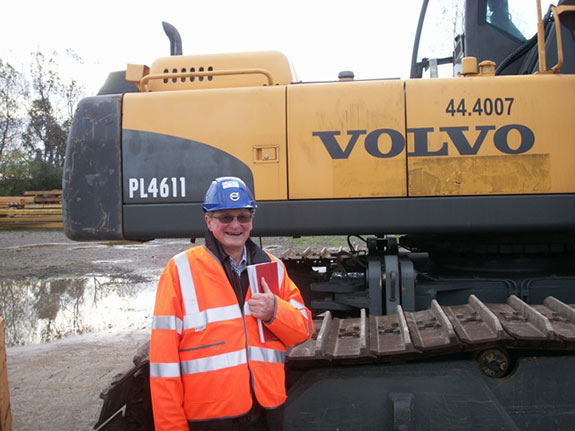 The first Volvo rotating pipelayer to be developed and commercialised, in 2008, was the PL4611and Bernard was back in contact with Spiecapag working with these machines on the natural gas pipeline project in Papua New Guinea; a region with which he was, of course, already familiar.

That said, with his home just a few kilometres away from the company’s French headquarters in Colombes, just to the north west of Paris, it’s fair to say that he has never been out of contact. Fitting, however, that at the end of his career with Volvo CE he should be in the port of Dunkirk alongside a Volvo PL4611shipped back from Papua New Guinea to Spiecapag’s depot there. His career really has come full circle.

Time now for other passions

Unless Bernard intends to spend his vacation time visiting pipeline sites around the world and, let’s face it, it’s sufficiently in his blood; time now to catch up on work that needs to be done on his vintage cars, his, long-term, personal passion, secondary, of course, to spending more time with his wife, family and friends and maybe still the occasional trip to the snow covered slopes, or perhaps more ‘après-ski’! 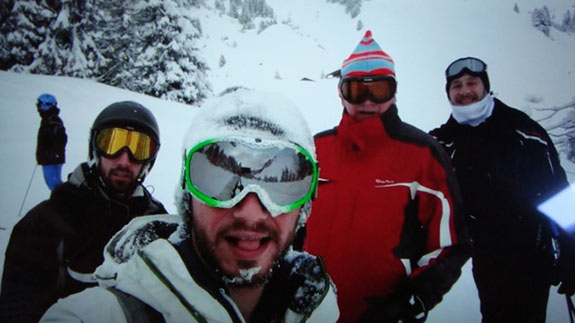 Chilling out on the slopes with his sons Julien and David (left) and Denis (right).

Coming from a family of mechanics, going back some 200 years, he has always enjoyed restoring cars. He started with a 1921 Citroën C3 with his father and then rebuilt a 1923 Citroën B2 – a labour of love that took twelve years to complete. He is now finishing a 1931 Citroën C4.

When the weather is good he enjoys driving his small Porsche Boxster with his wife Marisa and he still has another Citroën B2 to rebuild, so that will keep him busy for the next five years.

Whilst his cars may be demanding of love and affection, his time may well need to be carefully allocated to his other passions: golf, gastronomy and wine tasting.

Whatever he elects to do, his commitment, enthusiasm and life-long contribution to the pipeline industry will be sadly missed by all those who have known him and had the pleasure of working with him during these last 52 years. Time out Bernard. Enjoy! Whenever we think of pipelines, wherever they are in the world, we shall certainly think of you.

Read the article online at: https://www.worldpipelines.com/special-reports/19112015/a-pipeline-legend-hangs-up-his-hard-hat/ 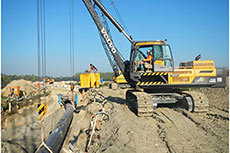 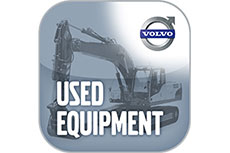 Volvo has launched an app designed to give customers instant and easy access.