Find out what challenges are faced by the natural gas industry to construct new pipelines and how these challenges have impacted gas supplies in the Northeast. By Marc Gorewitz, Director in Opportune LLP’s Process & Technology group. 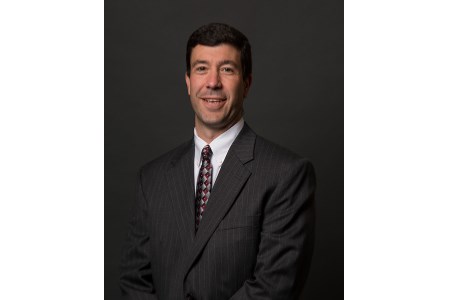 Natural gas pipelines are part of the critical infrastructure that transport gas throughout the US to commercial, industrial, and residential consumers. Interstate gas pipelines that cross multiple states are approved and regulated by the Federal Energy Regulatory Commission (FERC). In the past few years, however, the construction of new and expanded gas pipelines has been subject to increased scrutiny, especially as the US and other countries address climate change by expanding the use of renewable energy resources and reduce the use of fossil fuels. Most recently, the US Supreme Court weighed in on the rights of pipeline companies to construct new gas pipelines versus the rights of states to impose limits on their construction.

The Philadelphia Third Court of Appeals had ruled in favour of the state of New Jersey, which had claimed sovereign immunity rights to block the seizure of land in which the state had an interest. The state argued that the 11th amendment prohibited the condemnation of public land. The Supreme Court voted in a narrow 5 to 4 decision that the state of New Jersey cannot block construction of the PennEast pipeline on state lands based on a state sovereignty claim.

In the Supreme Court’s ruling, the majority noted, “Over the course of the Nation’s history, the Federal Government and its delegates have exercised the eminent domain power to give effect to that vision, connecting our country through turnpikes, bridges, and railroads – and more recently pipelines, telecommunications infrastructure, and electric transmission facilities.”

If the Supreme Court had not overturned the lower court ruling the construction of the pipeline would have ceased and states would be armed with a new legal strategy to block construction of natural gas pipelines. Even with the Supreme Court’s latest ruling, the PennEast pipeline will have to contend with other environmental and legal challenges for construction. It’s estimated that had the PennEast pipeline been placed in service prior to the 2017/2018 winters, eastern Pennsylvania and New Jersey gas and electric customers would have saved approximately US$1.3 billion, according to an independent study by Concentric Energy Advisors.

Other proposed pipelines, such as the US$8 billion Atlantic Coast natural gas pipeline, have been cancelled due to delays and cost overruns attributed to legal and regulatory disputes. The Williams Northeast supply enhancement pipeline project was recently granted a two year extension by FERC. Construction had been delayed due to New York not issuing water permits for construction. The pipeline enhancement will have the capability to deliver an additional 400 million ft3/d of gas (the equivalent of heating approximately 2 million homes) to New York City, representing a 14% increase in capacity.

Meanwhile, the Mountain Valley Pipeline will deliver Marcellus and Utica-sourced gas to West Virginia and Virginia. The EQM Midstream-operated pipeline is approximately 90% complete; however, startup has been delayed due to regulatory and permitting issues. The pipeline was originally scheduled to be completed by the end of 2018 and recently the planned in-service date was pushed back to summer of 2022, increasing the overall cost of the project.

The CLEAN Future Act (H.R. 1512) would prohibit pipeline companies from using NGA eminent domain authority until they have all necessary federal and state permits and comply with environmental permit conditions. The legislation would also prohibit using eminent domain for gas pipelines built for import or export purposes.

Other congressional legislative proposals would amend the NGA eminent domain rights or require FERC to consider other environmental factors before a gas pipeline certificate could be issued. It’s unlikely that most of these legislative proposals will be approved in a divided congress; however, it demonstrates the desire to place more hurdles for future gas pipeline construction.

What’s driving increased demand for natural gas in the northeast?

In New York City, demand for natural gas has increased due to new construction and existing buildings replacing their existing heating oil-based heating systems. In New York City and Long Island, it’s estimated that 8000 consumers are switching from oil to gas every year. Since 2012, natural gas has added over 1 million new household customers in the Northeast.

In April 2021, the Indian Point Center nuclear reactor ceased generating electricity when the last operating unit was shut down. Three natural gas plants have been built in the past three years to provide electricity to the areas of New York that were previously supplied by the Indian Point reactors.

Annual gas-fired generation is estimated to have increased by 31% in the Northeast between 2015 - 2019 according to the US Energy Information Administration (EIA).

In 2019, New York passed the New York City’s Climate Mobilization Act (referred to as the ‘NYC Green New Deal’) that mandates 40% emission cuts for buildings by 2030 and 80% by 2050. According to a study by the Urban Green Council, the cost for building owners to address these emission cuts will range from US$16.6 billion to US$24.3 billion over a 10 year period.

The emission reductions will be realised through energy efficiencies and use of renewable energy sources. The Local Law 97 – a part of the NYC climate act – applies to buildings that are 25 000 ft2 or larger and buildings with 35% or fewer rent-regulated units. The emission reduction laws will help reduce the overall demand for natural gas in the long-term; however, in the short term, there remains a need for new and expanded pipelines to supply current demand and keep energy costs reasonable for consumers.

The Supreme Court’s recent ruling upheld a federally regulated pipeline’s eminent domain rights to seize state- and privately-owned land, thus preventing states from using the 11th Amendment to claim state sovereignty to block pipeline construction. Despite the high court ruling, pipeline companies have faced other environmental and regulatory issues resulting in new and expanded pipelines from being built or delayed the in-service timing.

State and federal governments have either passed or proposed legislation and policies that promote renewable energy sources in place of existing energy sources such as natural gas. In the US there are over 2 million miles of natural gas distribution mains and pipelines and over 300 000 miles of gas transmission and gathering pipelines. These pipelines supply gas to over 75 million residential, commercial, and industrial customers. One recent analysis by Interstate Natural Gas Association of America (INGAA) projected over 30 billion ft3/d of new pipeline capacity would be needed through 2025. Therefore, it’s unlikely these pipelines will be phased out in the short-term.

Going forward, expect sustained efforts through environmental and legislative changes contesting expanded and new gas pipeline construction. It’s expected additional challenges in the courts and more pressure on the FERC to broaden rules for pipeline certification approval will continue, which will result in further capital cost increases and lengthen the overall pipeline approval and construction timeline. In areas of the country like the Northeast that have existing gas supply constraints consumers of gas and electricity (gas sourced) may encounter increased price volatility.

Marc Gorewitz is a Director in Opportune LLP’s Process & Technology practice based in Houston. He has over 25 years of consulting and software industry experience primarily in the energy industry. Marc has served as programme and project manager on multiple software implementation and M&A integration projects with a focus in the midstream sector. Before Opportune, Marc worked for Quorum Business Solutions where he was involved with implementation and upgrade projects for Quorum’s pipeline gas transportation and midstream applications. Marc holds a BBA in Management Information Systems and Accounting from The University of Texas at Austin.

Read the article online at: https://www.worldpipelines.com/special-reports/15072021/court-rulings-delays-and-cancellations-underscore-challenges-for-gas-pipeline-construction-long-read/