The discussion around hard Brexit, soft Brexit, divorce bill, transition arrangements, new trade deals and the Chequers Brexit plan is now rapidly turning into a bewildering array of statements, claims and counter claims. The Governor of the Bank of England, Mark Carney, explained it well when he told the BBC in early August that “the possibility of a no-deal Brexit is uncomfortably high and highly undesirable.” Mr Carney also said that “if a no-deal Brexit were to happen, it could mean disruption to trade and economic activity, as well as higher prices for a period of time.”

To read the full article
"Hey Siri – what would a ‘no-deal’ Brexit mean for the UK oil and gas industry?"
Please sign in or register for FREE 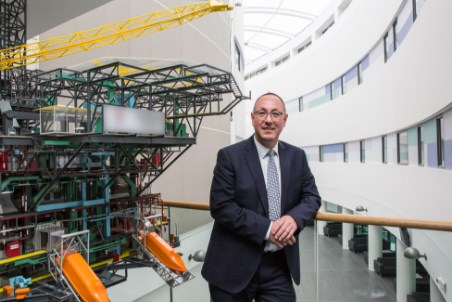 So what is the real impact of Brexit on the UK and the UK oil and gas industry specifically? Luckily the internet provides a fount of knowledge, analysing every single dimension of the Brexit debate. However, even Siri or Alexa are somewhat challenged at the moment to provide clarity around what the possible Brexit implications could be for the offshore oil and gas sector in the UK.

To ensure a smooth and orderly Brexit process, three separate, but inter-related, areas need to be addressed prior to the UK leaving the EU in March 2019. These include the ‘divorce’ settlement (to pay for some of the UK’s outstanding liabilities when we leave); the transition arrangement; and a deal on the relationship after the transition period. The first two are to be addressed in the withdrawal treaty, with the longer term arrangements to be agreed thereafter.

If the UK and the EU will not be able to agree the ‘divorce’ settlement or the transition arrangement by March 2019, the UK may well be heading for a no-deal Brexit, which could create the negative economic situation as highlighted by Mr Carney on 3 August.

The detailed debate and negotiations as part of the Brexit discussion will ultimately shape Britain’s position outside the EU. Unfortunately, the road ahead is far from clear as no country has ever withdrawn from the EU before and the process for doing so is likely to be complex and time-consuming.

So what does this all mean for the UK oil and gas industry?

Despite the many challenges the UK oil and gas industry encountered over the last few years, it has done a remarkable job increasing production between 2014 and 2018. Production from the basin increased by over 16% and it is expected that production will remain at current levels for the remainder of this decade. However, without major new investment, production is forecast to decline from early next decade onwards. Therefore, it will be key to ensure ongoing investment during the Brexit transition window to safeguard production and jobs from 2020 onwards. This will require urgent clarification around the ‘rules of the game’ and possible transition arrangements so investors can be confident about continued investment in the UK oil and gas sector.

Although the UK is one of the leading oil and gas producers in the EU, the Department for Business, Energy & Industrial Strategy (BEIS) estimates that currently around 60% of the UK’s hydrocarbon requirements are met by domestic production, with the remaining satisfied through imports. Of these imports, the majority are likely to come from non-EU countries. By reverting from the current arrangements to the World Trade Organisation’s (WTO) framework in the no-deal Brexit situation, the UK could be exposed to additional tariffs on the import and movement of hydrocarbons, although this is expected to be relatively modest.

In terms of regulation and policy for the upstream oil and gas industry, the UK currently represents over 60% of all the oil production and over 30% of all the gas production in the EU. As such, the UK has been one of the leading voices in the EU with respect to oil and gas, and many of the EU directives, legislation and other industry good practices relating to oil and gas have originated or have been developed in close collaboration with the UK. Although it will take some considerable time to untangle the complex regulatory and policy frameworks, the impact for the oil and gas industry is likely to be modest. In terms of the UK oil and gas tax system, little is expected to change as a result of Brexit as the EU has no remit over the UK’s fiscal regime for the industry.

The UK has a proud heritage in exporting goods and services to other oil and gas basins around the world. The industry has also been very resilient over recent years to deal with volatility associated with oil prices, exchange rates and supply chain costs. However, this resilience could be tested again in the absence of any clear and/or new trade agreements. By moving from the current arrangements to the WTO’s framework in the no-deal Brexit situation, the supply chain could be exposed to delays in moving critical goods and services and potentially to additional tariffs, thereby increasing the industry’s cost base and risk profile.

In relation to the freedom of movement in the labour market, the Prime Minister Theresa May made it clear that the UK will withdraw from both the Single Market and from the Customs Union and will secure full control over the UK borders and therefore immigration. Oil and Gas UK, the trade body for the sector, estimates that approximately 170 000 people are directly and indirectly employed in the sector, of which about 10% are non-UK citizens. With the oil and gas industry relying heavily on access to international skills and capabilities ranging from high tech industry jobs to crews on standby vessels, this may be one of the more challenging areas to be addressed.

Of course, there is a balance in the Brexit debate for the oil and gas sector. The prospect of a lower exchange against other major currencies will have the potential to stimulate export and to make the UK more attractive for foreign investment. Time will tell if the upsides outweigh the downsides, but with an industry competing for capital in the next few years, it is key that there is clarity around the ‘rules of the game’ as soon as is practical.

Successful negotiations can be characterised by having a plan, deliverables, a mandate and alternative options if the original plan doesn’t work. On the basis that some form of Brexit is inevitable, hopefully a smooth and orderly Brexit will be the outcome for the UK. If not, the offshore oil and gas industry could be in some choppier waters than necessary for the next few years, with activities and production at risk in case of a no-deal Brexit. In the latter case, maybe Siri or Alexa can help out.

Read the article online at: https://www.worldpipelines.com/special-reports/14082018/hey-siri-what-would-a-no-dealbrexitmean-fortheukoil-and-gas-industry/

Results were affected by the COVID-19 pandemic, but the company benefited from the scale it gained with Benteler Distribution.