BMI has said that while the Peruvian government has been attempting to gain more investor interest in the country’s upstream segment, the lack of below ground prospectively, a history of strong environmental opposition and a highly competitive regional market will be key factors in diminishing the attractiveness of the country’s oil and gas industry in the coming years.

BMI has also commented that last summer, the Peruvian government relaxed regulations governing the extractive industries and offered incentives to exploration. The key amendments included fast tracked environmental permits, streamlined environmental impact studies, curtailed jurisdiction of the Environment Ministry over the extractives industry, including the removal of its power to exempt areas from exploration drilling, three year reduction on fines for environmental violations and reintroduction of tax breaks.

BMI believes that Peru has the potential to develop a competitive, world class petrochemicals facility, however progress has been slow with upstream gas production likely to take years to develop. As Peru has proven gas reserves of over 400 billion m3, by 2019 the country should have the ability to extract 1.5 billion m3 of ethane for use in petrochemicals production. BMI has said that this would support the production of a large scale petrochemicals complex with competitively priced output that could compete with the US’ new shale based units.

However, BMI does caution that there remain a number of above ground risks which include opposition from the indigenous population, continued security concerns, and a cumbersome bureaucracy. The key sticking point, BMI says, is pipeline infrastructure and the ability to overcome the strong challenge posed by new US capacity, fed by low cost ethane derived from shale gas.

BMI has also said that Peru has a small and undeveloped petrochemicals market, in line with its narrow industrial base. Due to this, the company expects it to remain a modest net importer of petrochemicals and any new facilities should transform it into a net exporter. Peru is currently devoid of any olefins capacity and there is unlikely to be any improvement in the medium term. However, progress is inching forward to build world scale petrochemicals and fertiliser plants in the country, utilising its abundant gas resources.

Read the article online at: https://www.worldpipelines.com/special-reports/13022015/oil-gas-petchems-peru-bmi/ 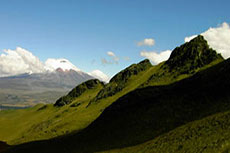 The two Latin American countries have signed an agreement that allows Ecuador to transport Amazon crude through a Peruvian pipeline.