The global oil and gas industry has suffered one of the sharpest contractions in decades, with oil prices falling from above US$120/bbl in 2014 to a low of US$27/bbl in 2016, and that was before the unprecedented falls in crude oil prices witnessed in 2020 as a result of the COVID-19 pandemic. With OPEC having put a floor under the market later in 2016, a subsequent rise in prices had allowed the sector to benefit from aggressive cost cutting programmes, with higher production allowing operators to generate free cash flow and accelerate debt reduction. However, COVID-19 has dealt a further blow to the industry that is now struggling to attract investment in a world dominated by talk of near term peak oil demand, and deep environmental concerns. 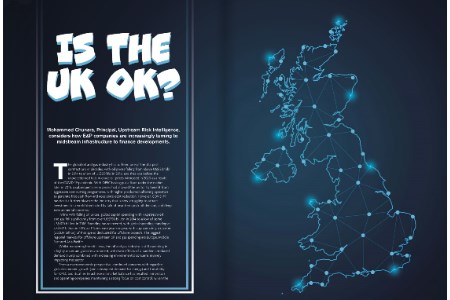 Whilst recovering from its lows, the oil and gas industry is still operating in a highly uncertain global environment, with twin effects of a pandemic-induced demand slump combined with increasing environmental concerns severely impacting the sector.

From a macroeconomic perspective, continued concerns with regard to global economic growth (and subsequent demand for energy) and the ability for OPEC and its allies to achieve oil market balance has resulted in investors and operating companies maintaining a strong focus on cost control. Given the potential for peak oil demand and debate on climate change, investors are asking boards of major oil companies to prioritise dividends and share buy backs over capital investment, which has resulted in a sustained downward pressure on oilfield service company margins.

Oil and gas operators are undoubtedly now benefiting from ongoing capital discipline, greater operating efficiency and higher oil prices. On the other hand, oilfield service companies are continuing to experience significant revenue and margin pressure due to overcapacity in the sector. As the market improves, it is inevitable that costs will increase, especially given the margin pressure the service companies are under, and so the oilfield services sector will need to look for a step change in efficiency in order to be able to effectively compete in the market.

The oilfield services sector has implemented substantial cost reduction measures in response to the oil price crash, however with most with structural cost savings already implemented, changes in the way service company business operating models are structured is now required in order to compete in the market.

The United Kingdom Continental Shelf (UKCS), one of the world’s most mature petroleum provinces, was not immune from this downturn, with the business models of both operating and service companies coming under server strain throughout this period. With prices recovering in 2017 prior to the impact of COVID-19, confidence was slowly returning to the sector; field investment decision (FID) levels were up in 2018 and 2019, and this combined with renewed activity in exploration licence rounds and a high level of merger, acquisition and divestiture activity demonstrated growing investor appetite for the region. The sector generated £13 billion in post-tax cashflow in 2018, with £1.2 billion of tax paid to the UK exchequer.

Despite the perception of a basin in terminal decline, production from the UKCS has been on an upward trend. Overall UK oil and gas production in 2018 averaged 1.7 million boe/d, up 4% compared with 2017 and 20% higher than 2014. With at least 17 new field developments approved in 2018, more than double the number approved in 2017, demonstrating renewed confidence of operators directing capital to the basin.

Whilst previously the UK was one of the highest cost petroleum basins in the world, the upstream oil and gas sector within the UK has worked tirelessly to improve performance and has emerged from the downturn with the highest production efficiency in a decade, with a clear focus on project execution, embracing new technology and ways of working, all whilst ensuring cost discipline is maintained irrespective of oil price. This is all being achieved with operating expenditure that has been cut by half since 2014, with no signs of significantly increasing despite the improving business environment.

To continue reading this article, which goes on to explore midstream infrastructure and investment, click here.

Read the article online at: https://www.worldpipelines.com/special-reports/08122020/is-the-uk-ok/