Vancouver’s Mayor, Gregor Robertson, stated that the NEB had disregarded key evidence that demonstrates the potential damage to the regional waters should an oil spill occur, as well as the impact an additional or expanded pipeline would have on greenhouse gas emissions.

Robertson stated: “The NEB failed to properly and thoroughly consult local communities on the pipeline and tanker route, ignoring key pieces of scientific evidence showing the potential for real and catastrophic damage to local waters in the event of an oil spill, and the impact of an expanded pipeline on greenhouse gas emissions both locally and abroad. Vancouver still has significant concerns about Kinder Morgan’s expansion and we’ve concluded it’s simply not worth the risk to our environment or economy.”

He concluded by noting that “an expanded Kinder Morgan pipeline is not in Vancouver or Canada’s economic or environmental interest.”

The city wrote, in its statement to the Federal Court of Appeal, that the NEB “excluded any opportunities for oral cross-examination of experts and evidence; provided inadequate information sharing; and failed to properly consult affected communities along the pipeline and tanker route.”

Additionally, Vancouver has requested that the federal government not make a decision on the pipeline project until the NEB carried out a lawful review.

The NEB has not commented on the city’s application. Additionally, a decision from the court has not yet been made.

Read the article online at: https://www.worldpipelines.com/regulations-and-standards/22062016/vancouver-challenges-nebs-trans-mountain-approval/

The National Energy Board has produced a 533 page report recommending Governor in Council approve the Trans Mountain Expansion Project. 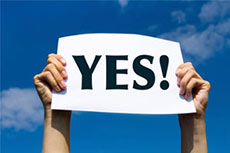