Enbridge Energy Partners, L.P. (EEP) and Enbridge Inc., the ultimate parent of EEP (Enbridge), has announced the signing by the Partnership and certain of its affiliates of an agreement in the form of a consent decree (Decree) with the US Department of Justice (USDOJ) and the US Environmental Protection Agency (USEPA) relating to incidents on the Line 6B pipeline in Marshall, Michigan in July 2010, and on the Line 6A pipeline in Romeoville, Illinois in September 2010. The Decree will take effect following a comment period and upon approval by the US District Court for the Western District of Michigan.Both Line 6B and Line 6A are part of the Lakehead Pipeline system owned by Enbridge Energy, Limited Partnership, a subsidiary of EEP.

"From the beginning, we've taken responsibility for the Line 6B release. We accept the civil penalties and enhanced safety measures in the Decree. The enhanced safety measures included in the Decree are consistent with our approach to safety and integrity and our current practices and have largely been implemented over the past six years," said Mark Maki, President for the Partnership. "In fulfilling the terms of the agreement, we will cooperate with the US Department of Justice and the US Environmental Protection Agency."

There are three primary components to the terms of the Decree:

Commenting on the Decree, Al Monaco, President and Chief Executive Officer, Enbridge said, "From the beginning,Enbridge and EEP made a commitment to the people of Michigan that we would clean up and restore the Kalamazoo River and surrounding areas, and cover the costs. We've done that. We've worked extremely hard to fulfil our commitments and make good on our promises. That accountability continues with today's announcement.

"The learnings from our experience have made us a better company and the way we think about safety has changed. Over the past six years, we've intensified our focus on the safety and integrity of our systems enterprise-wide and we've invested significantly in our people, processes, equipment and technology. Across Enbridge, our team is galvanised by our number one priority of safety and reliability of our systems and the protection of the public and the environment."

Following the Marshall spill, between 2010 and 2014, Enbridge and EEP significantly enhanced efforts to better understand the condition of its pipelines and mitigate risks, while increasing staffing dedicated to preventative measures, maintaining system fitness and leak detection and pipeline control. Enterprise-wide, Enbridge executed a comprehensive maintenance and inspection programme using the most sophisticated inspection tools available with a total investment of nearly US$5 billion.

Enbridge and EEP continue to invest significantly in maintenance and integrity management programmes across its enterprise in the US and Canada. In 2015, Enbridge achieved record safety performance across its liquids pipeline systems, safely delivering more than 2.8 billion bbls of crude oil used to create gasoline, jet fuel and a variety of products essential to our daily lives.

”Our substantial investment has increased our confidence that our system is safe and reliable and enables us to provide greater comfort to our stakeholders that we're doing everything we can to protect them," said Monaco, "We're proud of having achieved industry-leading performance in 2015. But while that's good, we're not satisfied. No incident is acceptable to us and our safety culture challenges us to continually strive for our goal of zero incidents."

Enbridge worked closely with the U.S. EPA, Michigan Department of Environmental Quality and several local agencies to conduct a thorough cleanup and restoration of areas impacted by the Line 6B release. Portions of the Kalamazoo River were re-opened for recreational use beginning in April of 2012. All portions of the Kalamazoo River have been open since October of 2014, and state and federal regulators have determined the river and other impacted areas to be completely cleaned. EEP also built new recreational facilities and river access and improved existing facilities, creating an endowment to provide for long-term maintenance of those new facilities.

"Protection of the public and the environment is the key pillar in delivering the energy people depend on. But that's not the end of our focus; it's the beginning. We fundamentally believe that to be the leading energy company in North America requires a relentless focus on getting better. And getting better is at the heart and soul of our company," said Monaco.

Read the article online at: https://www.worldpipelines.com/regulations-and-standards/21072016/consent-decree-for-eep-and-enbridge-pipelines/

A recent study released by Fraser Institute has found that the obstacles facing pipeline projects are costing Canada's economy and governments billions in revenues each year.

The National Energy Board has suspended its review of the Northern Gateway pipeline sunset clause extension request.

Rachel Notley, Alberta’s Premier, has stated that there must be no more unnecessary federal delays on Canada’s oil pipelines. 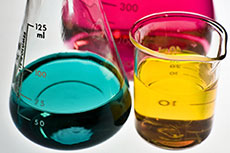