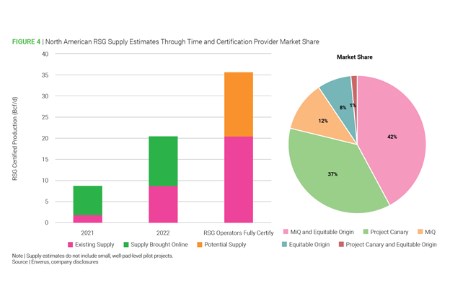 “Roughly 90%, or 18.6 billion ft3/d, of estimated 2022 RSG volumes were announced in 2021, highlighting the significant increase in producer interest in the RSG space over the past year. As we move into 2022, we expect to see expanding midstream certification along with more development surrounding the marketing of RSG,” said John Gutentag, associate at Enverus Intelligence Research.

Read the article online at: https://www.worldpipelines.com/regulations-and-standards/17022022/responsibly-sourced-gas-rsg-license-to-operate/