Inspectors found two “probable" violations of federal safety regulations during inspections of Lines 901 and 903, which together connect offshore platforms off the Santa Barbara Coast to Bakersfield, in 2013 and 2014.

PHMSA has proposed six violations from inspections begun in 2013 – some 20 months before the May 2015 pipeline rupture near Santa Barbara – but imposed no fines.

Among the findings, the agency said Plains All American Pipeline failed to properly document pressure tests on tanks and failed to keep adequate records on how it would prevent spills in sensitive environmental areas, or respond if one did occur.

The agency said the findings identify areas where the company should improve safety.

"While the probable violations noted in the enforcement action did not result in a civil penalty, we believe that all safety related issues matter because they reflect the overall safety culture of an organization," agency spokeswoman Artealia Gilliard said.

The proposed order said the company did not adequately document its emergency training and did not have paperwork to demonstrate that supervisors knew about emergency response procedures.

Among the inspectors' more serious findings, Plains All American Pipeline failed to keep adequate records of safety evaluations performed on the pipeline system.

The company couldn't locate records of an internal safety evaluation that was performed on two segments of the oil pipeline that runs between the towns of Sisquoc in Santa Barbara County and Emidio in Kern County, according to the inspectors' findings.

Regulations require operators to identify and mitigate risks on their pipeline then develop measures to safeguard the pipeline. A Plains employee told regulators in 2014 that the company was "unable to locate " their 2013 evaluation for the two segments.

Plains was issued a warning for not adequately documenting its annual emergency response training program. The company did not provide documents showing that supervisors maintained a "thorough knowledge" of the emergency response procedures they were in charge of, regulators said.

A Plains spokesman said the company would work to fix the issues outlined by regulators.

Read the article online at: https://www.worldpipelines.com/regulations-and-standards/14092015/phmsa-releases-findings-after-california-pipeline-spill/ 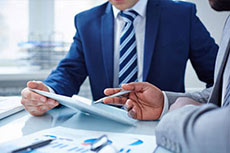 Plains All American Pipeline LP has more than tripled spending on pipeline maintenance and integrity since 2007.

A broken pipeline spills 79 5000 litres of crude oil on the central California coastline.