Reuters reports that a Minnesota regulator has approved a certificate of need for Enbridge Inc. to rebuild its Line 3 oil pipeline. 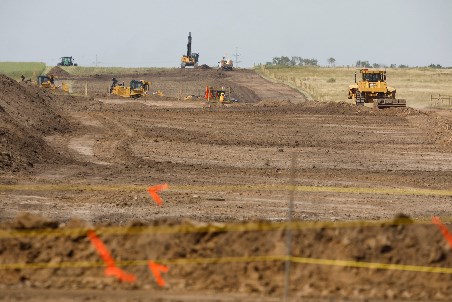 Shares of Calgary, Alberta-based Enbridge closed up 3.7% in Toronto.

The commission also approved a route that closely follows Enbridge’s preference and will take Line 3 over a new corridor for part of its path.

The certificate of need has conditions, including that Enbridge make a financial guarantee to clean up any environmental damage and that it remove at landowners’ request pipeline that is no longer in use.

Environmental groups and some indigenous communities oppose the project over concerns about spills and impact on tribal wild rice harvesting areas.

Business and labour groups say the US$7 billion project, of which US$2.5 billion would be spent in Minnesota, will create jobs and tax revenue.

Enbridge Chief Executive Al Monaco said in a statement that he was pleased with the commission’s decisions, and said the project’s cost was materially unchanged. He said he continues to expect the rebuilt pipeline to begin service in the second half of 2019.

Image courtesy of Enbridge. Construction on Enbridge’s Line 3 Replacement Program begins in Hardisty, Alberta on 3 August 2017. The L3RP, with a targeted completion date of 2019, will fully replace 1660 km (1031 miles) of Line 3, one of the primary conduits in Enbridge’s Mainline crude oil network, between Hardisty and Superior, Wisconsin. In Canada, this US$5.3-billion project will create thousands of jobs, generate hundreds of millions of dollars in tax revenue, and contribute billions to the gross domestic product (GDP) of Canada.

Read the article online at: https://www.worldpipelines.com/project-news/29062018/regulator-approves-line-3-pipeline-replacement/