Most of the remaining federal permits that Energy Transfer Partners LP (ETP) required to complete the construction of the 1172 mile Dakota Access crude oil pipeline have been approved by the US Army Corps of Engineers (USACE).

While some preliminary work had begun in Iowa, the final permits were required so that workers could complete large stretches of pipeline, including sections that cross major rivers. The issuing of the Nationwide Permit No. 12 will allow the Dakota Access pipeline to traverse North Dakota, South Dakota, Iowa and Illinois. According to Indian Country Today, “Construction has already begun in all four states along its path.”

NGI’s Shale Daily reports that the proposed 30 in. diameter pipeline, worth US$3.8 billion, would have a capacity of up to 570 000 bpd. It would transport crude oil from the Bakken Shale and Three Forks formation to an interconnect with ETP's existing Trunkline pipeline at Pakota.

"We can now move forward with construction in all areas as quickly as possible in order to limit construction activities to one growing season and have construction completed by the end of this year," said pipeline spokeswoman, Lisa Dillinger.

Read the article online at: https://www.worldpipelines.com/project-news/28072016/most-of-the-dakota-access-pipeline-permits-are-approved/

Energy Transfer Partners has approved a new pipeline to transport natural gas from processing facilities located in the Marcellus and Utica Shale areas. 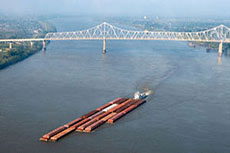