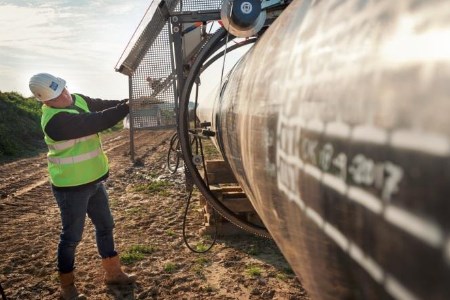 The company behind EUGAL is GASCADE, a joint venture between BASF and Gazprom. The pipeline is intended to secure the natural gas supply between Germany, the Czech Republic and Poland. The 485-km pipeline will run parallel to the OPAL pipeline from its connection to the Nord Stream 2 pipeline in the Baltic Sea, passing through three states in eastern Germany before reaching the Czech Republic.

With two parallel lines, EUGAL will have a maximum transport capacity of 55 billion m3 of gas per year at an operating pressure of 100 bar. With the successful completion of the approval procedures, the construction of the first string has been under construction since mid-2018. Work to coat the field joints along the pipeline will begin in October 2018. The first string is scheduled for completion by the end of 2019, followed by the second string at the end of 2020.

Read the article online at: https://www.worldpipelines.com/project-news/27092018/denso-awarded-field-joint-protection-contract-for-eugal/