The Niger Delta Avengers (NDA) recently claimed that they have bombed the Bonny pipeline, which carries crude oil to the Shell-operated Forcados terminal. The militant group said it was answering statements from Abuja on mediation by bombing this key oil export pipeline.

The militant group had previously agreed to a ceasefire with the Nigerian government and it was to begin negotiations on a more permanent solution to the situation in the Delta soon.

In a statement, the NDA stated that the pipeline was bombed in response to government attempts of “over dramatisation of the so-called dialogue and negotiation process on the side of President Muhammadu Buhari and his government.”

The NDA claims that it is fighting for a fairer distribution of oil wealth generated by the crude reserves in the Niger Delta. It hopes that a lager portion remains in the region, where poverty and unemployment are rife.

Shell shut down the Trans Niger pipeline (TNP) after a fire broke out on its supply lines as a precautionary measure, a spokesman for the company said. It is, however, preparing to restart operation of the Forcados terminal following seven months of force majeure. The force majeure was declared after the NDA bombed an underwater pipeline feeding oil into the terminal.

Vandals and oil thieves have repeatedly attacked the pipe. Shell said it would investigate whether the fire was the result of an attack by one of the local armed groups, though Niger Delta Avengers claimed responsibility for an attack nearby.

This pipeline shut down comes less than five days after the NDA claimed that it brought down oil productions activities at the Bonny 48 in. crude oil export line.

The Financial Times reported that the Nigerian President, Muhammadu Buhari, said that the army might be required in the Delta region.

Read the article online at: https://www.worldpipelines.com/project-news/27092016/niger-delta-avengers-attack-pipeline/ 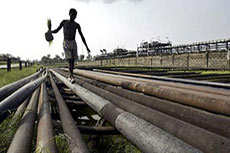 Despite many militant groups being in a ceasefire agreement with the government, one group has admitted to attacking a pipeline in the Delta region.

There has been another pipeline explosion in the Niger Delta. Sources are saying it was a technical fault, but the Niger Delta Avengers are claiming responsibility. 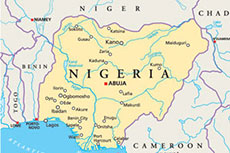 Shut down of two refineries in the southern city of Port Harcourt and Kaduna in the north because of sabotage to crude pipelines.