Praxair Inc. has announced it has signed a 15-year contract to supply oxygen and nitrogen to Total in the Port of Antwerp. Total, a global integrated energy producer and provider and leading international oil and gas company, is currently investing one billion euro in the port to upgrade its largest refining and petrochemicals platform in Europe. As a result, the company will require increased quantities of industrial gases for several applications in its refinery and petrochemical processes. Praxair is expanding its recently built oxygen pipeline an additional three miles to connect with Total’s refinery.

Praxair will also extend its nitrogen pipeline on the west bank of the river to serve existing and new petrochemical customers. Given the significant capacity and infrastructure investments made in the port over the past several years, there is growing demand in this region for nitrogen for blanketing and inerting of chemicals in storage.

Praxair anticipates that the oxygen and nitrogen pipeline supply will be operational in 2H16.

“Our pipeline network expansion provides us the enhanced ability to efficiently and effectively meet the nitrogen and oxygen needs of companies in this growing chemical park,” said Frank Wegmann, Managing Director of Praxair Germany and Benelux. “Integrated petrochemical ports such as Antwerp remain highly competitive, continue to attract billions of dollars of investment and are positioned for growth for years to come.”

Read the article online at: https://www.worldpipelines.com/project-news/27012016/praxair-expands-pipeline-network-in-the-port-of-antwerp-1993/ 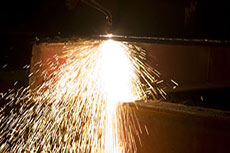