PennEast Pipeline Co. has filed 33 minor route modifications to its pipeline with the Federal Energy Regulatory Commission (FERC). According to news sources, the company claims that the changes come in response to its ongoing efforts to reduce the effects of the proposed natural gas pipeline on endangered species, wetlands and landowners.

In a statement, the company said that the 33 route changes would help the pipeline avoid the habitat of two threatened and endangered species, he bog turtle and long-tailed salamander.

The statement also highlighted that PennEast also plans to deploy technologies to avoid digging trenches along the pipeline's 114 mile route.

"We are continually reviewing the PennEast pipeline project, seeking ways to maximise benefits to the region by improving the route," said Peter Terranova, Chair of the PennEast board of managers.

"The route changes […] reflect the constructive feedback received from landowners, agencies and other stakeholders and demonstrate PennEast's commitment to incorporating their input where safely and logistically feasible” he added.

According to its filing 26 of the 33 route changes will be in Pennsylvania and, of the 33, seven are located in the New Jersey section of the US$1 billion, 110 mile pipeline – which is set to run from northeastern Pennsylvania to Mercer County.

While a complete list of changes is available on the PennEast website, in brief, Times Leader reports the following as some of the route changes:

According to myCentralJersey.com, PennEast said that it has responded to public officials and regulators by locating the pipeline next to existing power lines for half of its length in New Jersey.

Although opposers, such as Jeff Tittel (Executive Director of the N.J. Sierra Club), have criticised PennEast’s decision and accused the company of doing nothing but “rearranging the deck chairs on the Titanic," PennEast maintains that it is proposing the route changes due to comments from residents.

"This project is still a disaster because of the overall damage it will do to the environment and public safety. The only move we would support is FERC denying this damaging and dangerous project," said Tittel.

Due to these recent changes, Tittel believes that FERC should re-open the period for public comments on PennEast's draft environmental impact statement (DEIS).

The 36 in. dia. pipeline would transport eastern Marcellus Shale gas to Pennsylvania and New Jersey.

Read the article online at: https://www.worldpipelines.com/project-news/26092016/penneast-pipeline-route-modified/ 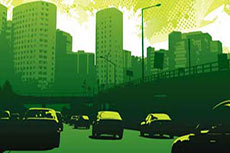 PennEast’s natural gas pipeline project has received criticism for its potential damage over the environment, property values and clean water. 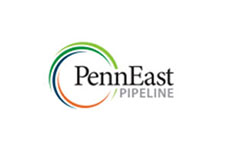 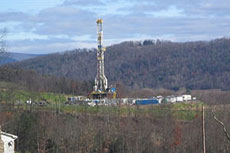