As reported by Reuters, Bloomberg, Daily Nation and Business Daily, a statement from President Uhuru Kenyatta’s office has revealed that Kenya has finalised an agreement for the development of a crude oil pipeline with Tullow Oil – an oil exploration company – and its partners, Africa Oil and A.P. Moller-Maersk.

The British oil firm, Tullow, has raised Kenya’s hopes of becoming an oil exporting country as it officially announced plans to begin producing oil from Turkana in March 2017, with exporting commencing shortly after, in June 2017. The oil will be transported by road, from Lokichar to the Indian Ocean port city of Mombasa, where it will be exported.

A transport pipeline will link fields in the northwestern Lokichar region to a planned port in the coastal town of Lamu.

Tullow and Africa Oil first struck oil in the Lokichar Basin – in northwest Kenya – in 2012. The estimated recoverable reserves stand at 750 million bbls of crude.

Chief Operating Officer of Tullow Oil, Paul McDade, has commented, saying that the company has made great progress on the Early Oil Pilot Scheme. He said that when production begins, 2000 bbls/d will initially be produced and added that Tullow Oil is committed to aggressive exploration, which will see at least eight additional wells drilled in the South Lokichar region to enhance production.

The statement quoted Energy and Petroleum Minister, Charles Keter, as claiming that the three partners and government had finalised the pipeline's development plan.

"He said that the government and its upstream partners, Tullow Oil, Africa Oil and Maersk Companies, have concluded a joint development agreement for the development of the pipeline," the statement said.

In April, Keter is reported to have said that the pipeline 891 km, to run between Lokichar and Lamu, would cost US$2.1 billion and should be completed by 2021.

"We have started and we are not moving back. We want to be at the top of the pile. So, we have set a path and by 2019, Kenya is going to be a major oil producer and exporter," Kenyatta said.

Concurrently, Uganda is also planning to build a pipeline to export its oil. Though it initially favoured a route though Kenya, Kampala has decided to build its pipeline through Tanzania instead. Uganda has an estimated 1.7 billion bbls of resources.

Read the article online at: https://www.worldpipelines.com/project-news/25082016/raising-kenyas-hopes-for-oil-exports/

The ‘Middle East Oil and Gas Projects Analysis and Forecast to 2026’ report has been added to ResearchAndMarkets.com. 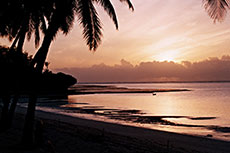 Kenya is set to start taking bids for the design and construction of the 800 km Kenya-Uganda crude oil pipeline. 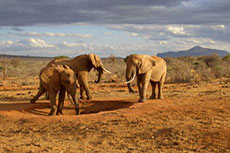 The 325 km (202 mile) multi-product oil pipeline from Nairobi to Eldoret is due to commence transport of fuel next summer.