Gazprom’s board may consider disposing of its 10% stake in the UK-Belgium gas link operator, Interconnector UK Ltd.

The news was revealed in a regulatory filing on Monday. It didn’t clarify whether the sale would be to a Gazprom unit and the company’s press service declined to comment immediately on the planned deal.

Gazprom purchased its stake in the 235 km pipeline that can switch the direction of gas flows between terminals at Bacton in the UK and Zeebrugge in Belgium in December 1994.

Russia’s state-run exporter has been using the pipe to sell gas in the UK through its trading unit Gazprom Marketing & Trading Ltd.

Gazprom rents approximately 6 billion m3/yr (200 billion ft3/yr) of the pipeline’s capacity to the UK and 2 billion m3 in the opposite direction.

Read the article online at: https://www.worldpipelines.com/project-news/24112015/gazprom-set-to-divest-stake-in-interconnector-pipeline/

Shippers can now start registering for Interconnector (UK) Ltd. (IUK) on the PRISMA platform in order to take part in future capacity auctions. 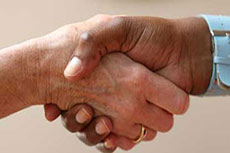 Gazprom and BASF met to discuss the prospects for the companies' cooperation in the gas production, storage and transmission sectors. 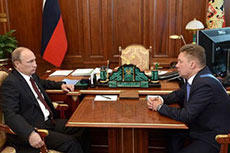