Canada’s National Energy Board (NEB) will re-open the Energy East application to participate process (ATP) for a three week period, from 30 March – 20 April 2016.

TransCanada filed project amendments in December 2015 to remove the Cacouna marine and tank terminal, change the pipeline route and facility locations in Quebec, modify the tank storage facility in New Brunswick, and to address the agreement reached with three local distribution companies in Eastern Canada.

Newly-affected people who wish to participate in the NEB Energy East hearing must apply to do so.

These individuals or groups must clearly describe their interest in relation to the List of Issues for the hearing, which can be found on the NEB’s website. Those who previously applied to participate do not need to apply again – the original ATP remains valid and will be considered by the Board.

The NEB is reviewing the Energy East project application, and subsequent amendments, to determine if it’s sufficiently complete to proceed with further process steps. Information on the hearing process, hearing schedule and list of participants will be issued at a later time.

Read the article online at: https://www.worldpipelines.com/project-news/24032016/neb-re-opens-energy-east-process/ 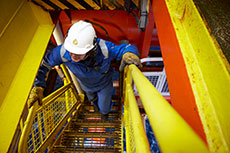 TransCanada Corp. and ABB have announced they have signed a major agreement that will see ABB deliver a number of electrical houses for the pump stations along the Energy East Pipeline. 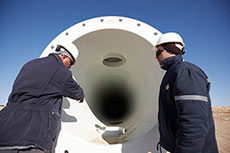