The Mayor of Montreal, Denis Coderre, has caused quite a stir on 21 January after slamming TransCanada’s Energy East pipeline project. Montreal – and 81 neighbouring communities – united against the pipeline project, citing environmental and economic concerns.

Coderre explained that the potential environmental damages outweigh the economic benefits of the pipeline project, stating: “TransCanada’s project includes important risks for our environment and too few benefits for our economy.”

Coderre continued: “The Montreal Metropolitan Community (MMC) is against the Energy East pipeline project because it still represents a serious environmental threat, with too little economic benefits for the greater Montreal region. The project would create only 30 jobs for all of Quebec and financial benefits of CAN$2 million/y according to Transport Canada estimates and internal analyses. TransCanada says the project will bring in CAN$2 billion over 20 years to Quebec. In comparison, the cost of a major spill in the greater Montreal region could run between CAN$1 billion and CAN$10 billion. What’s more, the proposed path would cross urban forests, wetlands and agriculture zones, and destroy 130 ha. of forested land.”

TransCanada’s proposed 4600 km and CAN$15.7 billion Energy East pipeline is set to transport 1.1 million bpd of oil from the Alberta oilsands and Saskatchewan, to the East Coast. However, at present, it is in the midst of political problems, including environmentalists and aboriginal groups protesting against the project.

Conversely, Brian Jean – Leader of the Wildrose Party – labelled Coderre a hypocrite, referring to Montreal’s decision to deposit one-third of its sewage into the St. Lawrence River in Autumn 2015.

"While Mr. Coderre dumps a billion litres of raw sewage directly into his waterways and benefits from billions in equalisation payments, his opposition to the Energy East pipeline is nothing short of hypocritical. Montreal buys millions of barrels of foreign oil from dictatorships, but it is rejecting oil from their friends in confederation – it's disgraceful!”

Tim Duboyce, a TransCanada spokesman, stated that the company has already filed 700 amendments to the pipeline project, in order to deal with the concerns raised. Calgary-based TransCanada is anticipating hearings in 2016 and the National Energy Board’s (NEB) final report to be published in 2017. However, no official deadline or date has been decided upon.

Read the article online at: https://www.worldpipelines.com/project-news/22012016/tug-of-war-energy-east-pipeline-causing-a-stir/ 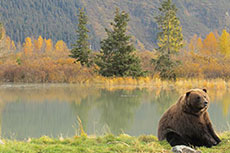 The NEB has stopped construction on a new TransCanada natural gas pipeline and issued a safety order after evidence arose of drilling fluid being spilled into a river. 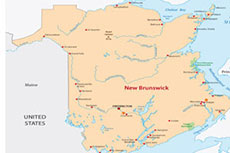 After the denial of Keystone XL, comes renewed hope for the Energy East pipeline.