Testifying at a hearing for the proposed Bakken pipeline, Monica Howard, Director of Environmental Services for Energy Transfer Partners told state regulators there would be "no net loss of wetlands" as a result of the proposed pipeline. She testified that there will be "very robust" post-construction monitoring to ensure restoration of lands in Iowa where the pipeline is constructed.

"There is no anticipated long-term effect” on water quality and fish communities, Howard said. She added, "We are going above and beyond regulation" in protecting the environment.

Some rivers will be crossed using HDD, while in other cases there will be an "open cut" or a ditch dug across streams and other waterways, Howard said. Restoration work would be done afterward and the environmental impacts from such crossings are "extremely miniscule," she said.

The three member Iowa Utilities Board met on Monday at the Boone County Fairgrounds in Boone for the start of evidentiary hearings over several days.

Comments will be heard from representatives for Dakota Access LLC, the company that wants to build the pipeline.

Parties opposed to the pipeline are also scheduled to speak, including affected landowners.

The board is expected to issue a decision in December or early next year.

Dakota Access is a unit of Dallas-based Energy Transfer Partners.

In related news, fresh figures from the North Dakota Pipeline Authority show that, for the first time in several years, more oil is leaving well sites by pipeline and that trend is expected to continue.

An estimated 441 644 bpd of oil left well sites by truck in April, while 725 743 bpd were transported by gathering pipelines to either a transmission pipeline or a rail-loading terminal.

Read the article online at: https://www.worldpipelines.com/project-news/18112015/bakken-pipeline-update-wetlands/ 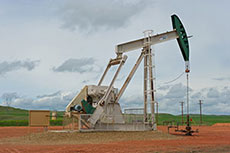