Uganda's government is still considering a pipeline through Tanzania to export oil if it proved cheaper than alternatives, according to an energy ministry official, even though the Ugandan president indicated last month that a route through Kenya had been picked.

Ugandan President Yoweri Museveni and Kenya's Uhuru Kenyatta made a joint call in August to implement a pipeline project via north Kenya "without further delay", a decision seen as helping investors to decide on oilfield development in both states.

However, France's Total, an investor in Uganda, raised new uncertainty about that route on Tuesday this week, saying it was looking at a possible Tanzanian option.

The joint presidential statement on the Lamu route in August had said Kenya would need to guarantee security, financing and cheaper fees than other routes, but it had indicated that both leaders were now committed to that option.

The Kenyan route has raised some industry concerns because it would run in a region near the border with Somalia, from where Islamist militants have launched attacks on Kenya before.

"We're exploring all technically and economically viable options and Tanzania is among those options," Total Uganda spokeswoman Ahlem Friga-Noy said. She said the Tanzania route extended from Uganda's western town of Hoima to Tanga on Tanzania's coast. She did not give any further details about why the company was considering the route.

Read the article online at: https://www.worldpipelines.com/project-news/17092015/uganda-to-switch-to-cheaper-tanzania-pipeline-route/

New system that allows an entire offshore inspection campaign to be delivered remotely. 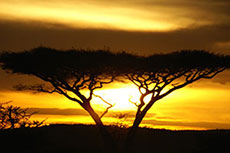