DNV, the independent energy expert and assurance provider, has been requested by NET4GAS, the international gas transmission system operator based in the Czech Republic to evaluate the hydrogen suitability of an existing DN 1400 pressure natural gas transmission pipeline and related stations. 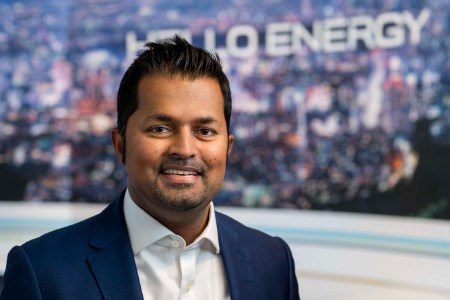 As a Central European gas transmission system operator, NET4GAS is an important player in the European gas market, and is one of the sponsors of the ‘European Hydrogen Backbone’ initiative that believes a European hydrogen infrastructure is needed for Europe to achieve its climate and energy objectives and greater energy independence.

The initiative is aimed at building a hydrogen infrastructure, primarily based on repurposing existing gas networks, and effectively connecting major (potential) hydrogen production and consumption sites, where NET4GAS will, due to its geographical position, play an important role in such connections. In addition, NET4GAS is one of the founders of the initiative ‘Central European Hydrogen Corridor’.

NET4GAS has initiated a large-scale internal project with the aim of mapping the existing infrastructure and its preparedness for the transmission of pure hydrogen and various hydrogen blends with natural gas.

In this regard, DNV is investigating different scenarios for mixtures of hydrogen and natural gas within a range of percentages starting from 2% up to 100% H2. The complex assessment of DN 1400 includes integrity aspects as well as safety, metering, operation and maintenance topics. Conceptual guidance is provided by the American Society of Mechanical Engineers (ASME) B31.12 code, the European Industrial Gases Association, (EIGA) and Industrial Gases Council (IGC) guidelines, and is heavily complemented by in-house DNV knowledge.

Prajeev Rasiah, Executive Vice President for Energy Systems, Northern Europe at DNV said “It's really encouraging to see another major hydrogen project taking place in Europe and with NET4GAS leading the way in Europe with other gas infrastructure companies. At DNV, we see developing and repurposing an efficient hydrogen infrastructure as a key area to advance. This will ensure that Europe and society globally can gain the full benefits of this low emission energy source in the drive to reduce CO2 emissions and reach the Paris agreement targets of 1.5°C.”

“The assessment for NET4GAS involves a network of DNV industry-recognised experts from the Netherlands, UK, Germany and the US working in different areas including material testing, pipeline integrity, safety and metering and flow acoustics. Using our technical knowledge and gas network understanding we can provide NET4GAS with a tailor-made solution and help them to make an informed decision with regards to the conversion of their assets to hydrogen”, added Victoria Monsma, Pipeline Integrity Specialist, Energy Systems at DNV who was responsible for the overall integrity assessment.

Read the article online at: https://www.worldpipelines.com/project-news/17052022/dnv-to-evaluate-hydrogen-suitability-of-czech-republic-pipeline/