Leigh Creek Energy Limited (LCK) is pleased to announce that it has signed a non-binding Heads of Agreement (HOA) with APT Pipelines Limited, a subsidiary of APA Group (APA), which will allow the development of conceptual plans for the interconnection of the Leigh Creek Energy Project (LCEP) with the east coast gas markets.

This is a major milestone in the development of the LCEP.

The HOA will be effective for at least six months and up to 2 years. Under the HOA, LCK and APA will work together to:

This agreement represents a major milestone for LCK. The studies to be completed under this HOA constitute the first stage of the development of the pipeline required to bring LCEP gas to market. That market is the supply constrained eastern Australian gas market including the LNG facilities at Gladstone. Working with APA on this project is an affirmation of LCK’s commitment to working with tier 1 partners.

The scope and timing of the studies fall within the LCEP deadlines required to be met in order to reach initial gas flaring in 2016 and commercial production in 2019.

Although this is a secondary focus, LCK considers gas storage at the LCEP to be a potential value adding opportunity.

Storage reservoirs are used to store gas on behalf of customers during periods of seasonal low gas demand. The gas stored is withdrawn from storage during periods of high demand and to support variable demand loads such as gas fired peak power generation.

The recent AUS$1.78 billion purchase of the Iona 27 PJ gas storage facility located in Victoria by Queensland Investment Corporation (from Energy Australia) has highlighted the potential financial benefit of this opportunity.

Gas storage at the LCEP has the potential to provide additional insurance over South Australia’s energy security as gas can be dispatched from storage in the event that the Victorian interconnect is not operating on a day when wind is not dispatching (such as occurred as recently as November 2015).

Working with Tier 1 partners and service providers is a necessary part of LCK’s strategy to pursue multiple funding opportunities with the ultimate intention of both reducing risk and enhancing shareholder returns. APA is clearly a preferred operator in the areas that are the subject of this HoA.

The execution of this Heads of Agreement marks another milestone in the achievement of our strategic objectives as first illustrated in the LCK quarterly from June 2015.

Commenting on the HOA with APA, Mr Peters Chairman of LCK said:

“With this HOA, LCK continues to meet its goals and deliver on its broader strategy. This is an exciting, and important, milestone in the development of the Leigh Creek Energy Project. Beyond the obvious operational progress, we are excited to be working with Australia’s largest natural gas infrastructure operator on how to best bring our gas to market and provide an additional source of gas to the supply constrained east coast gas market. This HOA will help accelerate the LCEP development timetable and provide added confidence to domestic buyers of gas and investors in LCK.

In addition to this development, the project development team has delivered the JORC compliant coal resource and is aiming to provide the gas certification results by the end of this year, which will complete a further milestone in the development of the LCEP.”

Read the article online at: https://www.worldpipelines.com/project-news/15122015/leigh-creek-energy-signs-agreement-with-apa-for-gas-pipeline/ 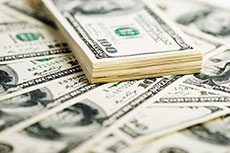 The group will use the cash raised to complete the purchase of the QCLNG pipeline.