In response to community feedback, Duke Energy has modified its plan for the Central Corridor pipeline extension project. The company is now proposing to the Ohio Power Siting Board (OPSB) to construct a smaller natural gas pipeline that operates with less pressure.

The proposed pipeline would have a 20 in. dia. and operate at approximately 400 pounds per square inch (psi), compared with the original design, which called for a 30 in. pipe with an operating pressure of approximately 600 psi.

This newly proposed pipeline will still enable Duke Energy to retire ageing propane peaking plants. It will also moderately decrease reliance on natural gas from a single source in the southern part of the company's system that has reached its maximum capacity.

Longer term system needs will be addressed through other modernisation programmes to be implemented over the next decade.

"We have been listening to feedback from our customers, neighbours and community leaders," said Jim Henning, President of Duke Energy Ohio and Kentucky. "The reduction in size and pressure of the proposed natural gas pipeline is a direct result of this feedback."

"This new pipeline is critical for us to continue safely meeting the natural gas needs of nearly two million people in this region, both today and for generations to come," he added.

As part of today's filing with the OPSB, the company submitted two proposed pipeline routes for consideration. The preferred route identified in the application will be the eastern route and would terminate in Fairfax. The company was also required to submit an alternate route. Both routes are shown at this link. The OPSB will decide the final route and may also suggest modifications as well.

The proposed natural gas pipeline will be of similar size and pressure as other pipelines that Duke Energy operates every day to deliver natural gas to its customers. The natural gas that travels through these pipelines, including the proposed one, will only be used locally to benefit the company's 525 000 residential and business customers in the region.

"Duke Energy has a long history of providing safe and reliable natural gas to homes and businesses," said Henning. "Retiring ageing infrastructure and replacing older pipelines with new materials engineered with state-of-the-art safety features and monitoring abilities is the right thing to do for our communities."

Read the article online at: https://www.worldpipelines.com/project-news/14092016/central-corridor-pipeline-extension-project-route-suggested/ 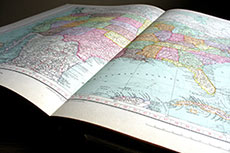 Due to a recent drop in oil prices, Enbridge Energy Partners has announced that it is calling off plans for the 616 mile Sandpiper pipeline. 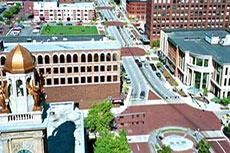