Last week, Enbridge Inc. and Enbridge Energy Partners, L.P. (collectively referred to as Enbridge) filed its Exceptions to the Findings of Fact, Conclusions of Law and Recommendations of the Administrative Law Judge (ALJ) with the Minnesota Public Utilities Commission (MPUC). 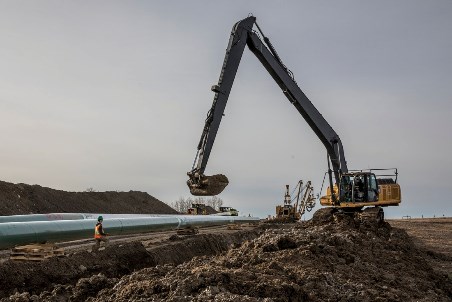 "Today's filing of our Exceptions to the ALJ recommendation is one of the final steps in what has been a robust, more than three year long regulatory process. The ALJ report was clear – Line 3 is needed for Minnesota and it replaces a critical piece of energy infrastructure with a modernised Line 3 that has the most advanced pipeline technology and systems. It will benefit Minnesota refiners and the people of Minnesota," said President and Chief Executive Officer Al Monaco.

"However, the ALJ Report has ignored evidence that the proposed route is the safest route for Minnesotans – it has the least impact on Tribes and their cultural resources; it avoids high population areas; and, it avoids drinking water supplies and environmentally sensitive areas. Our Exceptions filing reinforces these facts with the PUC."

"The bottom line is this – our proposed route is the optimal solution for Minnesota," said Mr. Monaco. "The need for Line 3 replacement is clear. The benefits of, and Minnesotans' support for, the proposed route is also clear. With those facts on the record, along with the substantial negative impacts associated with the ALJ's alternative route outlined in our Exceptions filing, we continue to believe the PUC should approve the replacement of Line 3 as proposed."

In a statement in its website, the company wrote: “From the outset, Enbridge made it a top priority to respect the views and concerns of Tribal Nations. Acknowledging and respecting the legitimate concerns of our Tribal neighbours, Enbridge's preferred route avoids the Reservations. Regrettably, the ALJ's route recommendation ignores the tribal sovereignty and stated position of the Leech Lake Band.

“Replacing Line 3 in its current route would require shutting down the line for an estimated 9 to 12 months – negatively impacting Minnesota's energy supply. If Line 3 is shut down, refiners will be short of fuel and left to transport crude by rail, limiting the ability for other Minnesotans, like farmers and ranchers, to move their products to market.

“The Line 3 Replacement Project has widespread support from Minnesota landowners and communities – 94% of private landowners along the preferred route have already granted easement agreements.

“The preferred route was the result of comprehensive study and consultation with Tribes, communities, landowners, local governments and others. Ninety elected officials, cities, townships and counties have passed resolutions or submitted letters in support of replacing Line 3. We would like to thank the thousands of Minnesotans representing farmers and ranchers, small business owners, unions, civic leaders and others for their efforts in support of this critical project.”

Read the article online at: https://www.worldpipelines.com/project-news/14052018/enbridge-reinforces-regulatory-case-on-line-3/