TransCanada is in talks to take over US pipeline firm Columbia Pipeline Group Inc. for as much as US$10 billion, according to reports.

Columbia holds a strong position in pipelines serving the Marcellus and Utica shale plays of Pennsylvania, Ohio and West Virginia, which are the best performing gas-producing formations in the US.

Read the article online at: https://www.worldpipelines.com/project-news/14032016/transcanada-in-talks-for-columbia-pipeline-group-takeover/ 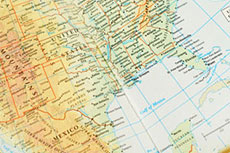 TransCanada is attempting to make headway in the oil refinery complex with its Houston Lateral pipeline and terminal, after President Obama rejected the Keystone XL pipeline expansion project.