The Teamsters Union has released a statement, which claims that it is pleased with the ruling made by US District Court Judge James Boasberg on the Dakota Access pipeline.

Judge Boasberg’s decision ruled against an injunction filed by the Standing Rock Sioux Tribe to halt the pipeline project that is currently under construction in North Dakota. His decision allowed for the continuation of construction at pipeline work sites.

The US$3.78 billion Dakota Access pipeline project will create energy independence and employ thousands of union workers, including Teamster members. Expectedly, this is a key priority for the Teamsters Union, alongside the safety of workers who are constructing the pipeline and of protesters.

However, Boasberg’s judgment has been effectively overruled by the US government’s recent decision to request that construction of the pipeline is halted.

The Teamsters Union highlighted that: “All supporters and opponents of the project had the equal right to voice their opinions on the project and engage in a civil debate regarding the merits of the pipeline, including in three public hearings held throughout the state.”

Read the article online at: https://www.worldpipelines.com/project-news/12092016/teamsters-union-pleased-with-dakota-access-ruling/ 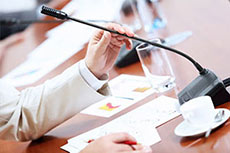 MAIN Coalition has released a statement regarding the administration's actions on the Dakota access pipeline.