With thousands of Native Americans recently protesting against the 1172 mile Dakota Access oil pipeline, the US government has stepped in to aid attempts to resolve ongoing disputes.

A joint statement from the departments of Justice, Army and the Interior said: “This case has highlighted the need for a serious discussion on whether there should be nationwide reform with respect to considering tribes' views on these types of infrastructure projects."

The statement declared that construction that borders Lake Oahe would not go forward. It also asked the pipeline’s construction company, Energy Transfer Partners, to stop work 20 miles to the east and west of the lake, while the government reconsiders “any of its previous decisions.”

Over 200 Native American groups have opposed to the Dakota Access pipeline. They fear that it will negatively impact local waterways and clean water supplies and have also taken issue with the pipeline on the grounds that it would have run through the path of key spiritual, historical and cultural landmarks. The pipeline was set to span four states and cost £2.9 billion.

Proponents of the pipeline, on the other hand, believe that the pipeline would be a safer method of transporting oil than the current methods of rail and road transport.

The President of the North Dakota Petroleum Council has expressed his disappointment with the intervention. He said: “[it was a] flagrant overreach.”

Dakota Access, the subsidiary of Energy Transfer Partners LP that is building the pipeline, declined to comment.

Read the article online at: https://www.worldpipelines.com/project-news/12092016/dakota-access-halted-by-us-government/ 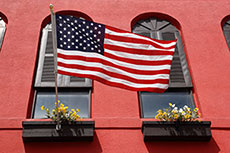 The United Nations Permanent Forum on Indigenous Issues has called the US government to hear the viewpoint of the Standing Rock Sioux Tribe regarding the Dakota Access pipeline.