The British Columbia government says it cannot support the proposed CAN$6.8-billion expansion of the Trans Mountain pipeline from Alberta to Burnaby.

Writing to the National Energy Board, the BC government has argued that the pipeline's proponent, Kinder Morgan, has not provided an adequate plan to prevent or respond to an oil spill.

"During the course of the NEB review, the company has not provided enough information around its proposed spill prevention and response for the province to determine if it would use a world-leading spills regime," a government statement said.

"Because of this the province is unable to support the project at this time, based on the evidence submitted."

Kinder Morgan wants to nearly treble Trans Mountain's capacity to carry 890 000 bpd of crude from Alberta, to Burnaby, British Columbia, where it can be loaded onto tankers and shipped to lucrative Asian refining markets.

Why has support not been given?

In a release, the BC government noted that in 2012, it laid out five conditions the project would have to meet before it would be permitted in the province.

The expansion project failed to meet any of those conditions, Environment Minister Mary Polak noted on Monday morning.

"This is about the test that would allow this pipeline to go forward," Polak said.

In a statement, Kinder Morgan said it's confident that it can meet BC's five conditions. But in order to do that, it needs support from "multiple parties.”

"We're saying that at this time in the NEB process they have not met (the test)," Polak said Monday in a teleconference with reporters. "It does not close the door on them meeting that test in the future."

Read the article online at: https://www.worldpipelines.com/project-news/12012016/government-will-not-support-trans-mountain-pipeline-extension/ 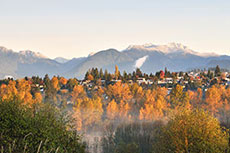 City of Vancouver says company has failed to answer 291 questions about the project.