TransCanada Corp. has the won rights to develop and operate a natural gas pipeline in central Mexico, beating a subsidiary of Sempra Energy that was disqualified from bidding.

TransCanada, which recently announced plans to sell as much as 49% of its Mexican assets, now has six projects in the country.

CFE disqualified a bid from Infraestructura Energetica Nova SA, a Sempra unit known as Ienova. It was the third time since March 16 that an Ienova bid was thrown out for failing to meet requirements to operate the pipeline.

The 420 km pipeline will supply gas to CFE’s power plants in the central states of Hidalgo and San Luis Potosi.

The 261 mile pipeline project is expected to begin operation in early 2018.

Read the article online at: https://www.worldpipelines.com/project-news/11042016/transcanada-wins-mexico-pipeline-operating-rights/ 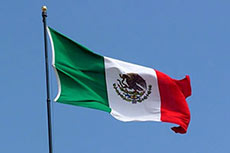 Mexico's government has announced nearly US$10 billion in electricity and natural gas projects that include two pipelines linked to the US.