TransCanada Corp. has announced that it has been chosen to build, own and operate the Tula-Villa de Reyes pipeline in Mexico. Construction of the pipeline is supported by a 25 yr natural gas transportation service contract for 886 million ft3/d with the Comisión Federal de Electricidad (CFE), Mexico's state-owned power company.

TransCanada plans to invest US$550 million in the 36 in. dia., 420 km (261-mile) pipeline and anticipates an in-service date of early 2018. The pipeline will begin in Tula in the state of Hidalgo, and terminate in Villa de Reyes, San Luis Potosí. It will transport natural gas to power generation facilities in the Central region of the country.

TransCanada was awarded the Tuxpan-Tula pipeline in November 2015. By 2018, TransCanada expects to be operating six major natural gas pipeline systems in Mexico, representing an overall investment of approximately US$3.6 billion.

Read the article online at: https://www.worldpipelines.com/project-news/11042016/transcanada-awarded-us550-million-contract-585/ 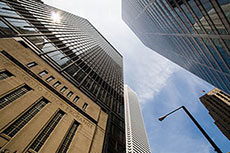