Iran is likely to set to start operations at 27 midstream oil and gas projects between 2021 and 2025, accounting for 22% of upcoming midstream projects in the Middle East, according to GlobalData, a leading data and analytics company. 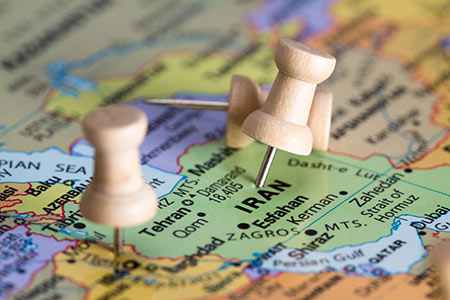 Sudarshini Ennelli, Oil & Gas Analyst at GlobalData, comments: “Despite ongoing international sanctions led by the US, Iran is announcing massive investment plans across the oil and gas value chain, including the midstream sector. The investments focus on building greater transport and storage to meet the growing demand for oil and gas, as well as for exports.”

Ennelli continues: “With a length of 1200 km, the Iranian Gas Trunk line – IGAT XI project is an onshore gas pipeline that extends from Bushehr (Iran) to Tehran (Iran), with a maximum diameter of 56 in.”. The pipeline would extend from Asalouyeh, in Bushehr province, in the south, through Ahvaz, Dehgolan, to the Bazargan, in west Azerbaijan province. It helps the country to meet its ever-growing domestic gas demand from its power, industrial, petrochemicals, and residential sectors, the project is currently in the construction stage and is expected to start operations in 2025.

The South Pars Phase 14 is one of the key gas processing projects, with an expected capacity of 1765 million ft3/d.

Ennelli adds: “The South Pars gas field, also known as North Dome, is the world's largest gas field and is shared by Iran and Qatar. Iran is building several gas processing plants to boost output from the giant South Pars gas field, and the South Pars Phase 14 is one more step to achieve that goal. The first train of Iran's South Pars complex's phase 14 refinery is almost finished and would be placed into service soon.”

Ennelli notes: “Among the above-mentioned underground gas storage projects one of the key projects is Shorijeh II with a working gas capacity of approximately 78 billion ft3. It is one of the largest gas storage facilities in Iran as well as in the Middle East and further helps to meet peak winter gas demand.

Read the article online at: https://www.worldpipelines.com/project-news/10012022/iran-leads-midstream-project-starts-in-the-middle-east-by-2025-says-globaldata/