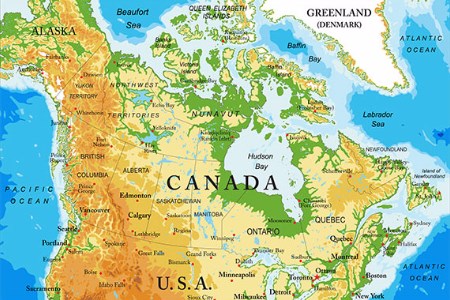 TransCanada Corporation announced yesterday it will no longer be proceeding with its proposed Energy East Pipeline and Eastern Mainline projects.

The following is a statement from TransCanada President and Chief Executive Officer Russ Girling:

“After careful review of changed circumstances, we will be informing the National Energy Board that we will no longer be proceeding with our Energy East and Eastern Mainline applications. TransCanada will also notify Quebec’s Ministère du Developpement durable, de l’Environnement, et Lutte contre les changements climatiques that it is withdrawing the Energy East project from the environmental review process.

“We appreciate and are thankful for the support of labour, business and manufacturing organizations, industry, our customers, Irving Oil, various governments, and the approximately 200 municipalities who passed resolutions in favour of the projects. Most of all, we thank Canadians across the country who contributed towards the development of these initiatives.

“We will continue to focus on our CAN$24 billion near-term capital programme which is expected to generate growth in earnings and cash flow to support an expected annual dividend growth rate at the upper end of an eight to 10% range through 2020.”

As a result of its decision not to proceed with the proposed projects, TransCanada is reviewing its approximate CAN$1.3 billion carrying value, including allowance for funds used during construction (AFUDC) capitalised since inception and expects an estimated CAN$1 billion after-tax non-cash charge will be recorded in the company's 4Q results. TransCanada stopped capitalizing AFUDC on the project effective 23 August 2017, as disclosed on 7 September , 2017. In light of the project’s inability to reach a regulatory decision, no recoveries of costs from third parties are expected.

The demise of the pipeline comes less than a year after the Canadian government rejected another export pipeline, Enbridge Inc’s Northern Gateway. The majority of Canadian crude exports go to the US, and Energy East would have shipped 1.1 million bpd to east coast ports for loading onto tankers destined for higher-priced markets in Europe and Asia.

Concern about limited market access is one of the reasons foreign oil companies have sold off CAN$23 billion in Canadian assets this year, along with high production costs that have made the country’s oilsands unattractive.

TransCanada said last month it could abandon the project, weeks after the NEB announced a tougher review process that would take into account indirect greenhouse gas contributions among other factors.

Canada’s Natural Resources Minister Jim Carr said the cancellation was a business decision and oil markets had changed since the pipeline was first proposed. Oil prices have roughly halved since 2014.

The cancellation of Energy East will intensify the debate over Kinder Morgan Inc.'s Trans Mountain expansion project, which would dramatically expand oil export capacity to the Pacific Rim markets. The Liberal government approved that project last November, but it is now being challenged in court by the British Columbia government, environmental groups and First Nations communities.

Read the article online at: https://www.worldpipelines.com/project-news/06102017/transcanada-announces-termination-of-energy-east-pipeline/